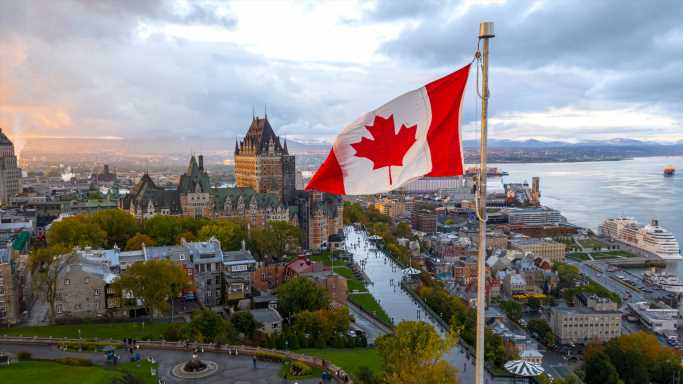 Sixty-six million people get Social Security payments each month. Almost 48 million retirees are beneficiaries of these. This translates to 9 out of 10 Americans who are 65 or older. Not all of these people live in the US. Over 695,000 live in other countries. Of those, 109,624 live in Canada.

The Canada number should not be surprising. According to a recent 24/7 Tempo study, Canada ranks third among countries with US expats, behind Mexico and the UK. About 15,000 Americans move there each year. These are the countries with the most American expats.

There are several reasons Americans relocate to Canada. One is a shared language, although some Canadians speak French. Another is the 5,500-mile board between the two nations. Many of these crossings are unguarded. Most Americans can cross easily. The trip requires no more than a passport.

The cost of living in Canada is about 85% of the US figure. A strong dollar makes that advantage larger.

Americans who live in Canada do have to pay US taxes. However, this is rare. According to H&R Block, “The United States is one of only two countries that taxes based on citizenship, not place of residency.” However, Americans who pay taxes in the countries where they live may get relief from the IRS.

For older Americans, healthcare is a critical issue. Canada ranks in the top 10% of 195 countries measured according to an NIH review of the Global Burden of Disease Study.

Finally, and unfortunately, Americans in Canada get another benefit. Canada has a reputation for being colder than the US. The government body called National Resources Canada reports that the temperatures in the country are rising faster than in most of the world. Find out how abnormal is the world’s temperature has been since 1950.