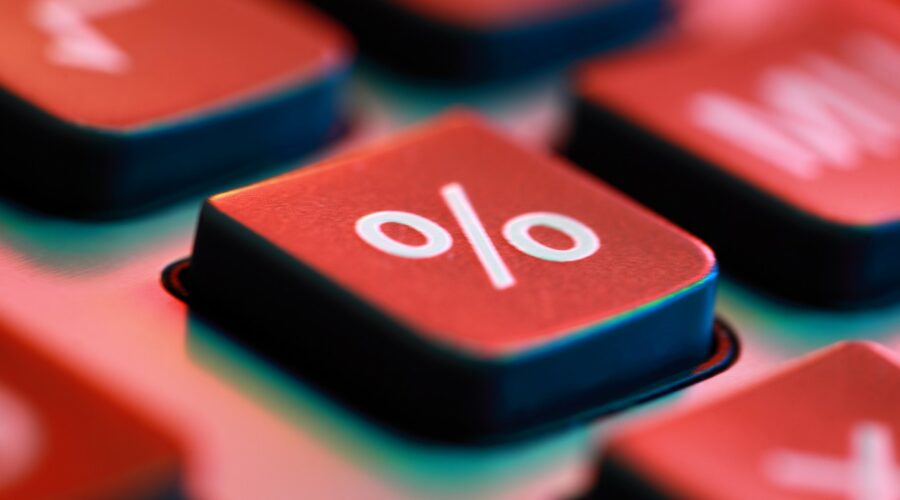 Inflation slightly eased to 7.7% in October 2022 year-over-year, compared to the previous CPI reading of 8.2%. Core inflation, which excludes energy and food costs, hit 6.3%, down from 6.6% in September, according to the new print.

The new consumer price index (CPI) data for October showed that inflation stood at 7.7% year-over-year, compared to consensus estimates of 8%. Month-on-month, the CPI came in at 0.4%, while markets expected 0.6%.

Core inflation, which disregards volatile costs like food and energy, was reported at 6.3%, compared to analysts’ consensus of 6.5%. The same metric stood at 0.3% month-over-month, while markets were looking for 0.5%.

Earlier this month, the Federal Reserve delivered a fourth straight 75 basis points (bps) interest rate hike to tame rampant consumer prices. The hike was the sixth interest rate increase this year, bringing them to a target range of 3.75% to 4.25%.

Today’s data shows that inflation continues to ease at a slow pace, indicating that another jumbo interest rate hike is likely in December. At the moment, the majority of estimates (52%) are expecting a hike of at least 50 bps.

Following last month’s CPI report, the Federal Reserve chairman Jerome Powell said the central bank has “ways to go” in taming inflation, which continues to hover around its 4-decade high. The Fed hopes to bring prices down through a series of major interest rate hikes in an effort to deter consumers from spending. Powell’s remarks should not come as a surprise given that current inflation levels remain notably away from the Fed’s 2% target.

What are Analysts’ Expectations from the Fed in the Coming Months?

Prior to the new CPI print, analysts from global banks shared their forecasts on inflation and future interest rate hikes. Strategists at Commerzbank expected the October CPI to “fuel cautious optimism” about the inflation outlook and allow for a “somewhat slower pace by the Fed” in the future.

“We expect a hike of only 50 bps at the next Fed meeting followed by two steps of 25 bps each at the beginning of 2023.”

Similarly, analysts at RBC Economics expect the new reading to be still “way too high to prevent another round of interest rate hikes.” The bank expected a large increase of 0.7% month-over-month and 8% year-over-year, in line with other estimates.