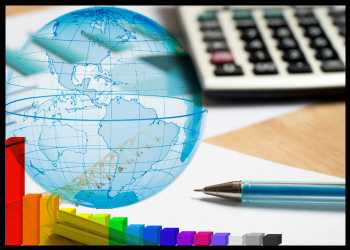 Flash quarterly national accounts and inflation figures are due from Germany, France and Spain on Friday, headlining a hectic day for the European economic news.

At 1.30 am ET, France’s Insee publishes preliminary gross domestic product data for the third quarter and household spending for September. The economy is forecast to grow at a slower pace of 0.2 percent sequentially after rising 0.5 percent a quarter ago.

At 2.00 am ET, flash GDP and retail sales reports are due from Statistics Sweden. Economists expect GDP to shrink 0.1 percent on quarter in the three months ended September, in contrast to the 0.9 percent expansion in three months to June.

At 2.45 am ET, Again Insee releases flash consumer and harmonized prices and producer price reports. Consumer price inflation is seen at 5.7 percent in October versus 5.6 percent in September.

At 3.00 am ET, Spain’s INE is scheduled to issue flash GDP and consumer price data. Economic growth is expected to ease sharply to 0.3 percent in the third quarter from 1.5 percent a quarter ago. Consumer price inflation is seen at 8.0 percent in October versus 8.9 percent in the previous month.

Also, Switzerland’s KOF leading index and flash GDP from Austria are due at 3.00 am ET.

At 4.00 am ET, Destatis is scheduled to publish flash GDP data for the third quarter. The largest euro area economy is forecast to log a contraction of 0.2 percent, following second quarter’s 0.1 percent expansion.

In the meantime, producer prices from Italy and unemployment from Norway are due.

At 5.00 am ET, the European Commission is set to release euro area economic sentiment survey results. Economists forecast the economic confidence index to fall to 92.5 in October from 93.7 in September.

At 6.30 am ET, Russia’s central bank announces its interest rate decision. The bank is expected to hold its key rate at 7.50 percent.

At 8.00 am ET, Destatis publishes flash consumer and harmonized consumer prices for October. Inflation is expected to rise to a record 10.1 percent from 10.0 percent in September.