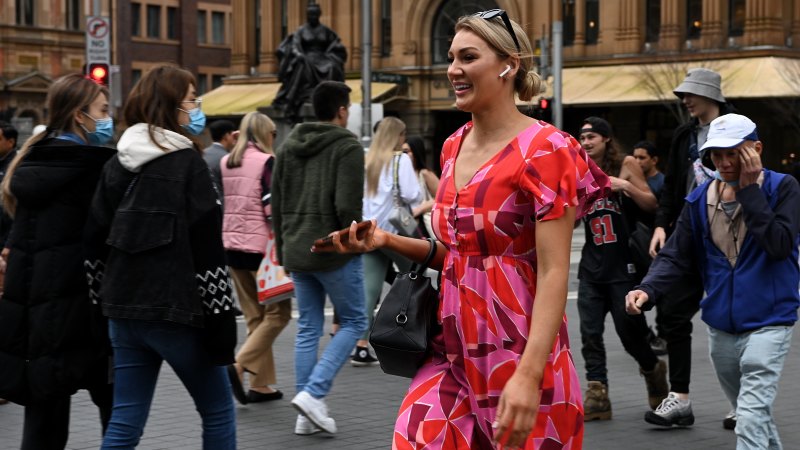 They say never judge a book by its cover. Seems the same goes for GDP. This week’s figures showed super-strong growth in the three months to the end of June. But look under the bonnet and you find the economy’s engine was firing on only two cylinders.

According to the Australian Bureau of Statistics’ “national accounts”, real gross domestic product – the economy’s production of goods and services – grew by 0.9 per cent in the June quarter, and by 3.6 per cent over the year to June. 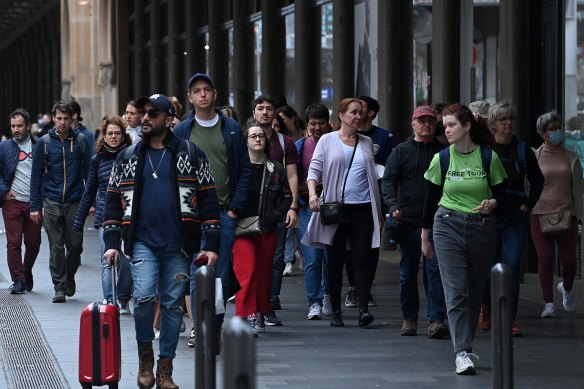 If that doesn’t impress you, it should. Over the past decade, growth has averaged only 2.3 per cent a year.

The main thing driving that growth was consumer spending. It grew by 2.2 per cent in the quarter and by 6 per cent over the year, as the nation’s households – previously cashed up by government handouts, and by most people keeping their jobs and others finding one, but prevented from spending the cash by intermittent lockdowns and closed state and national borders – kept desperately trying to catch up with all they’d been missing.

The other big contribution to growth during the quarter came from a 5.5 per cent jump in the “volume” (quantity) of our exports. Most of the credit for this goes to that wonderful man Vladimir Putin, whose bloody invasion of Ukraine has greatly disrupted world fossil fuel markets, thus greatly increasing our sales of coal and gas.

(It has also greatly increased the world prices of coal and gas and grains, causing our “terms of trade” – the prices we receive for our exports relative to the prices we pay for our imports – to improve by 4.6 per cent during the quarter, to an all-time high.)

But that’s where the good news stops. The other cylinders driving the economy’s engine have been on the blink. A marked slowdown in the rate at which businesses were building up their inventories of raw materials and finished goods led to a sharp slowdown in goods production.

And then there’s what happened to home building. Despite a big pipeline of homes waiting to be built, building activity actually declined by 2.9 per cent in the quarter and 4.6 per cent over the year.

Huh? How could that happen? Well, the builders say they couldn’t find enough building materials and tradies. Which hasn’t stopped them using the opportunity to whack up their prices. (I believe this is called “capitalism”.) 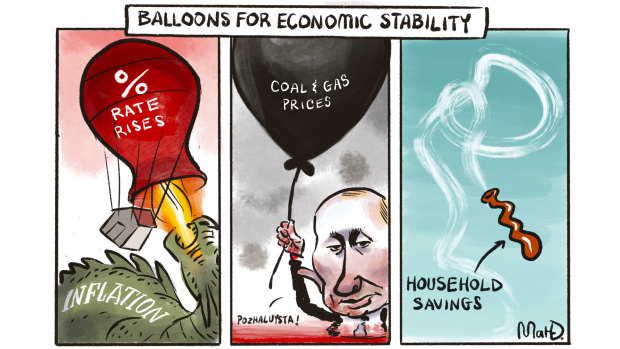 So, while we listen to lectures from the economic managers about the evil of inflation and how it leaves them with no choice but to slow everything down by jacking up interest rates, let’s not forget that the big jump in the cost of new homes and renovations has been caused by… them.

They’re the ones who, at the start of the pandemic and the lockdowns, decided it would be a great idea to rev up the housing industry, by offering incentives to people buying new houses, and by cutting the official interest rate to near zero. Well done, guys.

Speaking of higher interest rates being used to slow down the growth in demand for goods and services, the first two of the five rises we’ve had so far would have had little influence on what happened in the economy over the three months to June.

But don’t worry, they’ll have their expected effect in due course. Which is the first reason the strong, consumer-led growth we saw last quarter won’t last, even if we see more of it in the present quarter.

Another reason is that households are running partly on what a cook would call stored heat. During the first, national lockdown, the proportion of household disposable (after-tax) income that we saved rather than spent leapt to almost 24 per cent.

We’ve been cutting our rate of saving since then, and it’s now down to 8.7 per cent. This isn’t a lot higher than it was before the pandemic. And with the gathering fall in house prices making people feel less wealthy, it wouldn’t surprise me to see people feeling they shouldn’t cut their rate of saving too much further.

And that, of course, is before we get to the other great source of pressure on households’ budgets: consumer prices are rising faster than workers’ wages. This no doubt explains why our households’ real disposable income has actually fallen for three quarters in a row.

With businesses putting up their prices, but not adequately compensating their workers for the higher cost of living, it’s not surprising so many people are taking more interest in what the national accounts tell us about how the nation’s income is being divided between capital and labour, profits and wages.

ACTU boss Sally McManus complains that workers now have the lowest share of GDP on record. It follows that the profits share of national income is the highest on record.

What doesn’t follow, however, is that any increase in profits must have come at the expense of workers and their wages. Profits are up this quarter mainly because, as we’ve seen, our miners’ export prices are way up, and so are their profits.

No, the better way to judge whether workers are getting their fair share is to look at what’s happened to “real unit labour costs” – employers’ labour costs, after allowing for inflation and the productivity of labour (that’s the per-unit bit).

Turns out that, since the end of 2019, employers’ real unit labour costs have fallen by 8.5 per cent. If workers were getting their fair share, this would have been little changed.

Short-changing households in this way is not how you keep consumer spending – and businesses’ turnover – ever onward and upward.