If you were to run a straw poll among investors on who should claim the title of “Australia’s greatest retailer”, veteran businessman Solomon Lew would likely be an odds-on favourite.

The 77-year-old has earned himself the accolade after a long run of savvy business transactions, including pocketing $1.1 billion from Wesfarmers’ 2007 purchase of Coles, and hundreds of millions of dollars from the South African takeover of department store David Jones seven years later. 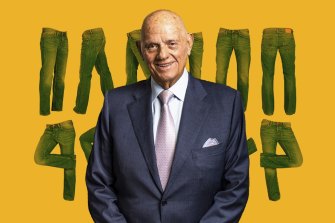 Solomon Lew has earned himself a big reputation after a long run of savvy business transactions.Credit:

Today, Lew has (somewhat) slowed down his corporate dealmaking and has focused instead on running ASX-listed retail sector investment company Premier Investments, which owns a swathe of popular fashion brands, including Peter Alexander, Just Jeans, and Dotti, as well as popular stationery seller Smiggle.

A $3.2 billion business, Premier has long been a popular stock for investors big and small, with many relying on the expertise of Lew and his recently appointed chief executive and former JB Hi-Fi boss Richard Murray, to make the right calls when times are tough.

However, with inflation soaring and consumer confidence faltering, can a company like Premier keep performing?

How it started: Premier first listed on the Australian Securities Exchange in 1987 as Lew’s investment company, operating as an acquisition company with a goal of buying and selling stakes in various businesses.

How it’s going: Premier is sitting on a $3.2 billion valuation, with its shares trading at about $20 – up 600 per cent since 2000. The shares have fallen from a peak of $32.60 in October, as the business has not been immune from broader market turmoil.

However, compared to other retailers, Premier’s share price has proven resilient, dropping “only” 30 per cent over the past six months – better than other retailers such as Adairs, Kogan, and City Chic, which have fallen 50 per cent or more.

Premier has the best management team in retail … and we could potentially see them buying another business.

The bull case: At the company’s half-year results in March (Premier runs to a January year-end), Lew said the business was well positioned for the second half of the financial year, despite the challenges of rising inflation and COVID-related supply chain issues.

The chairman has reason to be confident, with one of Premier’s greatest strengths lying in its company owned, fully integrated distribution networks, thanks largely to a prescient move by Lew in 2013 which put the company on a strong footing through the COVID-driven online sales boom of the past two years. 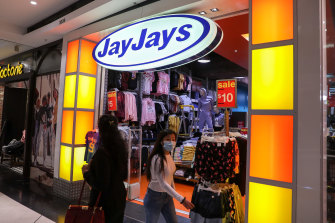 For Oscar Oberg, portfolio manager at Premier shareholder Wilson Asset Management, these are some of the company’s biggest attractions, alongside its potential for expansion and further acquisitions.

“Our view is that the business will hold up better than people think. There’s a whole range of growth avenues for Smiggle, whether it be wholesale or expanding into new regions over the next few years, which we’re quite optimistic about,” he said.

“Premier has the best management team in retail … and we could potentially see them buying another business, hopefully at the bottom of the [market] cycle.”

Since March, Premier has not updated the market on its trading performance, meaning the business is likely on track to meet analyst expectations of about $1.4 billion in revenue and $240 million in profit.

The bear case: On Monday, JPMorgan analyst Bryan Raymond slashed his price target for Premier from $33.40 to $20.22, saying in a research note to clients the business was “particularly exposed to the rising cost-of-living pressures” due to the discretionary nature of the company’s products.

Raymond also pointed out other possible risks for Premier, including weaker online sales and further deterioration of consumer sentiment.

In the face of rapidly increasing interest rates, the analyst expects earnings for discretionary retailers, such as Premier, to drop between 10 per cent and 20 per cent over the next two financial years.

On a similar note, Oberg says the biggest risk for a company like Premier is the state of the consumer, with the recent share price decline likely heralding a weak earnings outlook for Premier come its full-year results in September.

Other possible risks include a major deterioration of business conditions at Breville, which is similarly discretionary but more exposed to other issues, such as international supply chains and raw material costs.

The strength of Premier’s management team could even become a possible weakness, with the market likely to react negatively to news of either Lew or Murray’s retirement. However, the 77-year-old chairman has given no indication he would be leaving the business any time soon.

Advice given in this article is general in nature and is not intended to influence readers’ decisions about investing or financial products. They should always seek their own professional advice that takes into account their own personal circumstances before making any financial decisions.

28/06/2022 Economy Comments Off on Can Solomon Lew keep shooting the lights out at Premier?
Markets