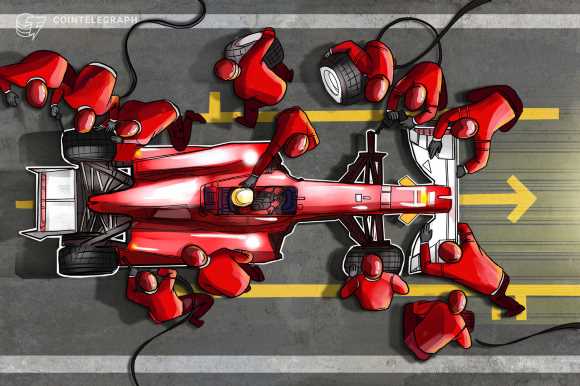 Many Formula 1 international racing teams reportedly removed or covered branding and logos from crypto-related sponsors in response to uncertainty around France’s advertising regulations.

According to a Tuesday report from RacingNews365, Crypto.com’s logos were not on display during the French Grand Prix on Sunday — the crypto exchange has been a global partner with the racing series starting in July 2021. The team behind the Alpine Formula 1 car also reportedly removed branding representing crypto exchange Binance from its cars, drivers’ clothing and letterhead.

“Knowing about the regulations here in France as for cryptocurrency, after discussions with our partner, it was decided to avoid any advertising on French soil,” said a spokesperson for Italian F1 team AlphaTauri, which partnered with blockchain platform Fantom Foundation in January.

The AMF, or the Autorité des Marchés Financiers, announced on July 21 that it would be working with France’s Professional Advertising Regulatory Authority to amend its existing regulatory framework to include crypto-related advertisements. The regulator called for recommendations on token offering ads, adding that digital asset service providers should include information about the possible risks of crypto investments.

Due to the seeming vagueness of the AMF’s statement, many of the F1 teams still showed signs of their crypto sponsors at the event. Red Bull Racing, which was sponsored by Tezos and also received a $150-million sponsorship from Singapore-based crypto trading platform Bybit in February, reportedly had both firms’ logos on its car at the French Grand Prix, saying its legal team had discussed the matter.

“Velas Network AG informed us it does not provide services that would require registration […] therefore there is no advertisement prohibition with respect to the use of the Velas logo on the Scuderia Ferrari assets within the scope of the French GP.”

Many global regulators have scrutinized ads for crypto products and services as the space grows. In January, Spain’s financial regulator announced it would be requiring ads to be “clear, balanced and fair,” while providing information on the risks around crypto investments. The United Kingdom’s Advertising Standards Authority also banned certain ads from firms including Coinbase, Kraken and Crypto.com for allegedly “failing to illustrate the risk of the investment.”