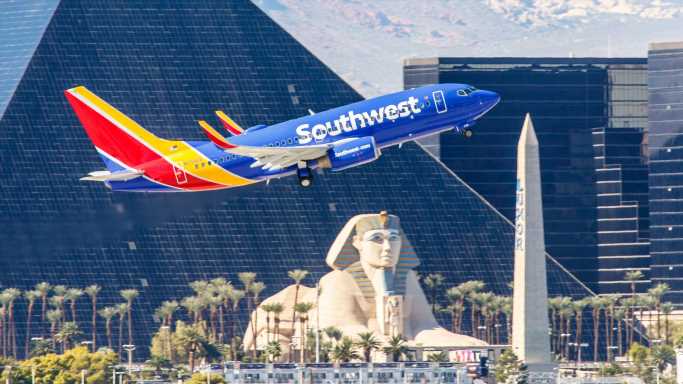 The three major U.S. equity indexes closed mixed on Monday. The Dow Jones Industrial Average added 0.28%, the S&P 500 closed up 0.13%, and the Nasdaq Composite fell 0.43%. Eight of 11 sectors, led by energy (up 3.7%) and utilities (up 1.3%) closed higher while consumer cyclicals (down 0.9%) led the losers. After markets closed, Walmart sharply cut guidance for the rest of this year, and the shares traded down more than 9% early Tuesday morning. In mid-morning trading Tuesday morning, all three major indexes traded lower.

NXP Semiconductors all beat top and bottom line estimates and issued upside guidance for the third quarter. Shares traded up about 0.8% in Tuesday’s premarket.

Before markets opened Tuesday morning, General Electric also beat top and bottom line estimates and orders for the company’s aircraft engines rose 26% year over year. Other news was not so good. The company expects supply chain issues to lower free cash flow by about $1 billion. The stock traded up about 6.8%.

Albertsons beat both revenue and profit estimates and raised fiscal year 2022 EPS and same-store sales guidance. Shares traded up about 0.1%.

3M Company also beat top and bottom line estimates but issued EPS guidance that was below the consensus estimate. Shares traded up about 7%.

Coca-Cola also reported earnings and revenue above expectations. Shares traded up about 1%.

General Motors missed EPS estimates but beat on revenue. The company also announced multi-year agreements with lithium miner Livent and cathode provider LG Chem and reaffirmed prior guidance. The stock traded down about 2.5%.

McDonald’s reported better-than-expected EPS but missed on revenue. Shares traded up by about 1.8%.

UPS beat estimates on both the top and bottom lines and raised its share buyback forecast for this year to $3 billion. Shares traded down about 3.3%.

Since early September, shares of Comcast Corp. (NASDAQ: CMCSA) have dropped by about 27%. The cable company has beaten profit estimates in every quarter since missing in February 2016 and revenue estimates in the past eight consecutive quarters. One could argue that the stock is undervalued and that Disney’s required January 2024 purchase of Comcast’s 33% stake in Hulu adds even more future value to the shares. Comcast stands to fetch at least $9 billion for its stake in Hulu.

ALSO READ: The 50 Best Netflix Original Series of All Time

Dow 30 component Merck & Co. Inc. (NYSE: MRK) has added about 17.l5% to its stock price over the past 12 months. The pharmaceutical giant has reportedly been in negotiations to acquire Seagen for around $40 billion. According to a report in the Wall Street Journal last week, an agreement is unlikely by the time of Merck’s earnings report, but the talks remain on track according to WSJ sources.

Analysts have gotten more bullish on Merck stock in the past few months. Of the 25 brokerages covering the company, 15 have a Buy or Strong Buy rating on the shares, and the rest have given the stock a Hold rating. At a current price of around $91.00, the implied upside on the stock is nearly 10% at a consensus 12-month price target of $100.00. At the high target of $115.00, the upside potential rises to 26.4%.

Shares of Southwest Airlines Co. (NYSE: LUV) have dropped by about 23% over the past 12 months, with the stock putting up a new 52-week low in mid-June. While that’s hardly going to win stock-of-the-year honors, that’s better performance than any other major U.S. airline. Credit goes to Southwest’s fuel-hedging strategy which is expected to add between $0.30 and about $0.70 per gallon to the airline’s net income. Southwest’s fuel consumption for the quarter is expected to be around 483 million barrels.

Shares of cannabis grower Tilray Inc. (NASDAQ: TLRY) have dropped by about 75% over the past year. The story for Tilray and the other Canada-based pot growers hasn’t changed for some time: wait until the U.S. federal government lifts its classification of cannabis as a dangerous drug. The better news for the company is that Germany seems on a course to legalize marijuana in the next year or two. Tilray is already Germany’s largest supplier of medical marijuana. Tilray is probably the best house in a bad neighborhood.

Oil refiner and product marketer Valero Energy Corp. (NYSE: VLO) has seen its share price increase by more than 65% over the past year. Between June 1 and July 14, the shares dropped by more than 30%. Free cash flow is expected to rise by more than 1,500% year over year, far more than any other refiner or exploration and production company. The company could easily pay a higher dividend or boost its share buybacks. Investors have a lot to look forward to.