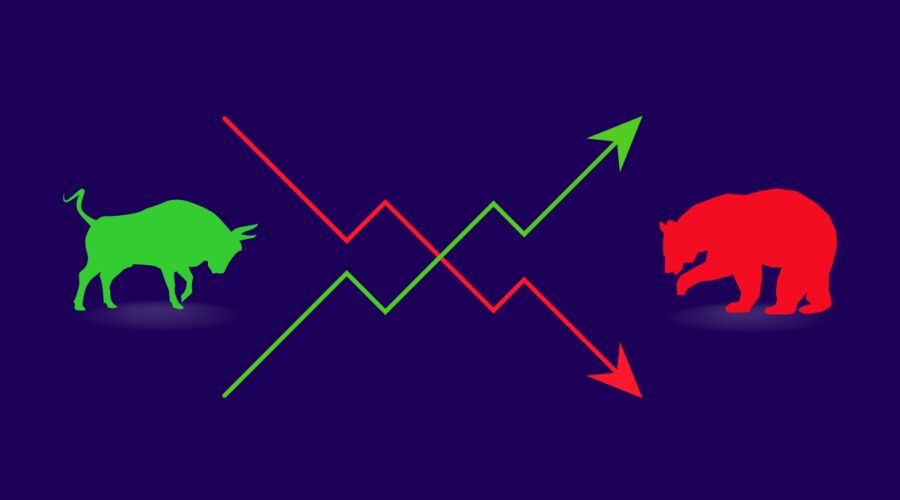 We begin this week with all of the leading cryptocurrencies in the green, which has sparked excitement among crypto enthusiasts and analyses from industry professionals. The total value of the global cryptocurrency market increased by 3.48%, which was backed by a 121% growth in the trading volume. Bitcoin and Ethereum have both successfully broken over the $17,000 and $1,300 resistance levels, respectively.

Why is the Crypto Market Suddenly Bullish?

U.S. wage growth has slowed, and the services sector has contracted, all of which point to less aggressive rate rises by the Federal Reserve. This has led to a boom in the cryptocurrency market.

The country’s monetary policy is determined by the Federal Reserve. It also plays a key role in guiding the economy through recessions and inflation. It employs monetary processes such as quantitative easing and tightening to achieve this goal. As a result, this may have far-reaching effects on the market generally and the cryptocurrency market specifically.

Take the present situation of the US economy, where excessive inflation is a major problem. As a result, the Federal Reserve took a hawkish posture and increased interest rates as part of its quantitative tightening program. This led to a severe downturn in the cryptocurrency markets. It stands to reason that if interest rates were to drop, the market sentiment would shift to bullish.

Several macroeconomic indicators suggest that inflation and recovery in the global economy may be stalling, which may be contributing to the positive turnaround in the cryptocurrency market.

Moreover, investor confidence has risen as a result of China’s closing of its borders to the rest of the world and other central banks’ attempts to reduce inflation. Due to this, Asian and European stock markets are seeing positive openings today.

By expanding their holdings of GBTC and crypto businesses’ shares, financial services heavyweights BlackRock and Morgan Stanley are indirectly supporting Bitcoin prices. Even more importantly for the cryptocurrency market, the U.S. dollar index (DXY) dropped to 103.65 in the previous 24 hours, according to data.

Is this a bull trap?

It’s not the first time the cryptocurrency market has seen a sudden and dramatic upswing. Some people are worried that it’s just a bull trap designed to trick investors into buying at a higher price for a limited period of time before the market corrects itself and becomes bearish again.

Some have speculated that this rapid ascent marks the beginning of the Altcoin Season. We look forward to altcoin seasons since that’s when the values of alternative cryptocurrencies tend to spike dramatically, bringing us huge profits.

With many users seeing a reversal in their financial situations, this time of year is eagerly anticipated by the whole cryptocurrency community. Whatever the case may be, let’s hope the recent uptrend holds.