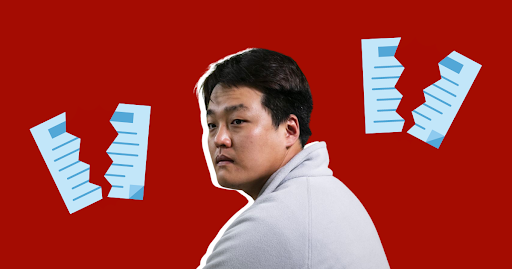 It would seem that Terra and Do Kwon have briefly lost some of the attention that was previously focused on them due to the failure of FTX and the ongoing turmoil surrounding it and its criminal founder. But that won’t last for long since they’re back in the news for reasons we might not have seen coming.

Lawsuit Against Terra and Do Kwon Dismissed

A tweet from the founder of failed crypto company Three Arrows Capital Su Zhu shows that the class action lawsuit Albright v. Terraform Labs, Pte. Ltd. et al., which was filed in the Southern District of New York Court against Terra, Do Kwon, and the other executives of the defunct cryptocurrency company on January 9, was voluntarily dismissed by the court. Zhu shared the following screenshot from the court filing:

It is possible that the latest findings of market manipulation and trading of LUNA tokens by Sam Bankman-FTX Fried’s and Alameda Research are what prompted the motion to dismiss the complaint.

Matthew Albright, the primary plaintiff in this case, has informed the United States District Court for the Southern District of New York that he has submitted a notice. The document indicates that the case has been voluntarily dropped, but there will be no adverse consequences for the defendants.

Terraform Labs, Jump Trading, Delphi Digital Consulting, Luna Foundation Guard (LFG), Do Kwon, Nicholas Platias, Jose Macedo, Kanav Kriya, and Remi Tetot are some of the people who have been named as defendants in this suit.

The defendants were charged in the class action complaint of engaging in the deceptive promotion of the UST algorithmic stablecoin, Terra (LUNA), and other Terra currencies relevant to the case.

Furthermore, boasting about the reliability of the currencies while the defendants were personally benefiting from income that was being siphoned off from Terraform Labs and put into their own accounts.

In a related development, as the year 2022 came to a close, it became public knowledge that the authorities in South Korea are still investigating Terra-related activities and have frozen the assets of those involved with the failed crypto empire.

As for the Terra Luna Classic token LUNC, it has actually been doing pretty well recently. At the time of writing, it is up 3% in the past twenty-four hours and 6.2% in the past seven days, bringing its price to $0.00016938.