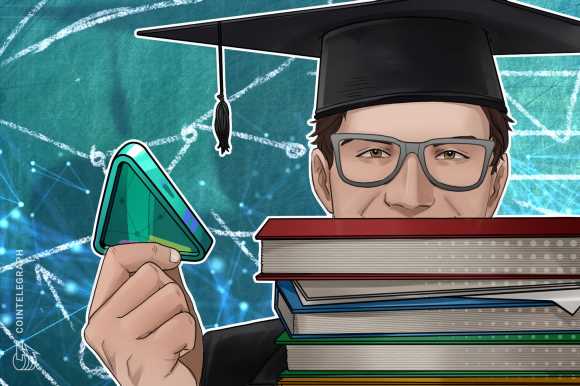 Textbook publisher Pearson has revealed its plans to use non-fungible tokens (NFTs) to keep track of digital textbook sales and effectively “diminish the secondary market” for its digital textbooks.

According to a Bloomberg report on August 1, Pearson CEO Andy Bird wants to assign NFTs to its digital textbooks in order to keep better track of sales and capture revenue that was previously lost on the secondhand market.

Bird hopes the company can use the technology to earn commission on second-hand sales of its textbooks, which are normally done privately from one student to another. Bird noted:

“Technology like blockchain and NFTs allows us to participate in every sale of that particular item as it goes through its life. The possibility to participate in downstream revenues […] I find really interesting.”

He noted that a Pearson textbook is typically resold up to seven times over the course of its life.

As Pearson explores its options with blockchain technology to scrap further sale revenues, Bird added that his company would be looking into ways his company can take advantage of the Metaverse.

“We have a whole team working on the implications of the metaverse and what that could mean for us.”

Making a move into the Metaverse could be a lucrative one in the medium term if the market cap of the virtual world is to meet expectations by exceeding $50 billion by 2026.

The London-based publisher is part of a growing cohort of academic entities looking into the Metaverse. Last week, the Hong Kong University of Science and Technology (HKUST) launched its first classroom in the Metaverse.

The company’s plans to use NFTs have however been met with some criticism from the community.

Some academics, such as researcher at Intel Zane Griffin Talley Cooper decried Pearson’s “predatory academic publishing,” though admitted that this is “likely where NFT tech is moving.” In his August 2 tweet, Cooper added “We gotta watch this stuff carefully.”

Others say Pearson’s supposed plans for NFTs are not actually using NFT technology at all.

Technology analyst Ian Cutress said in an August 2 Tweet that “NFT is just a buzzword here,” and what Pearson is calling an NFT is just a code that second-hand buyers will have to pay a fee for in order to activate their digital books.

Pearson is already one of the largest publishers in the world with $4.2 billion in revenue in 2021. Their textbooks are used in high schools, colleges, and universities around the world.

The company is on pace to beat that mark in 2022 as its first half revenues came in at $2.2 billion, and profits are up 14% to $208.7 million in the same period according to the Telegraph on August 1.