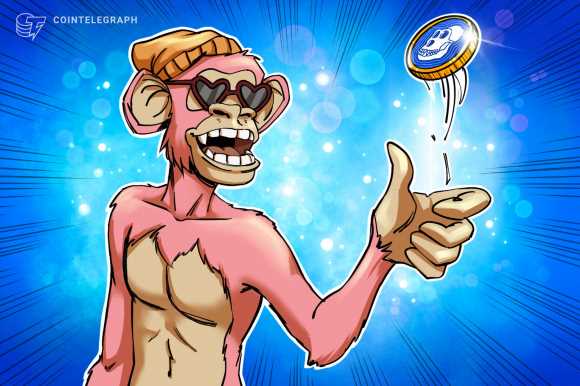 The move was announced on August 1 and could provide the ApeCoin project with significant mainstream exposure along with bringing further utility to the cryptocurrency.

Gucci customers in the United States (U.S.) will now be able to purchase items in-store with APE, while the payment infrastructure will be provided by BitPay, a firm that has helped big names such as AMC Theaters accept crypto payments in the past.

Despite the ongoing crypto bear market, the fashion brand has taken a serious plunge into the crypto sector this year.

In February, Gucci kicked things off with the “SUPERGUCCI” NFT collection in collaboration with X toy brand SUPERPLASTIC. The following month, Gucci then rolled out the “Gucci Grail” NFT collection that was targeted toward owners of top NFT projects such as the BAYC.

BAYC collectors seem to have shown strong support for Gucci’s crypto moves so far, with @NBATopShotEast claiming to be the first person to pay for Gucci items in ETH at the brand’s Wooster location in New York City in July. While another two BAYC members claimed to be the second and third people to do so.

In response to the latest APE announcement, @NBATopShotEast outlined plans to once again be the first person to use the asset in the Wooster Gucci store.

APE was launched to much anticipation earlier this year in March. Its accompanying decentralized autonomous organization (DAO) and governance community has since remained highly engaged and has overseen important decisions such as the vetoing of a proposal to port APE from Ethereum to a new blockchain in June.

Last month, the DAO voted in favor of several notable proposals such as studying the feasibility to host an NFT conference and festival and providing APE funding for the BoredApeGazette to become a 24-hour news site. While the project is working on rolling out APE staking in response to a strong push from the community.

At the time of writing APE is priced at $6.74 after pumping 11.4% over the past seven days. APE has shown a strong resurgence of late, due in part to positive developments in the affiliated Otherside Metaverse project, with the price increasing by 49.1% over the past month.

Its current market cap of roughly $2.06 billion makes APE the thirty-third largest asset in crypto, however, APE is still down 74.8% from its all-time high of $26.70 on April 28.