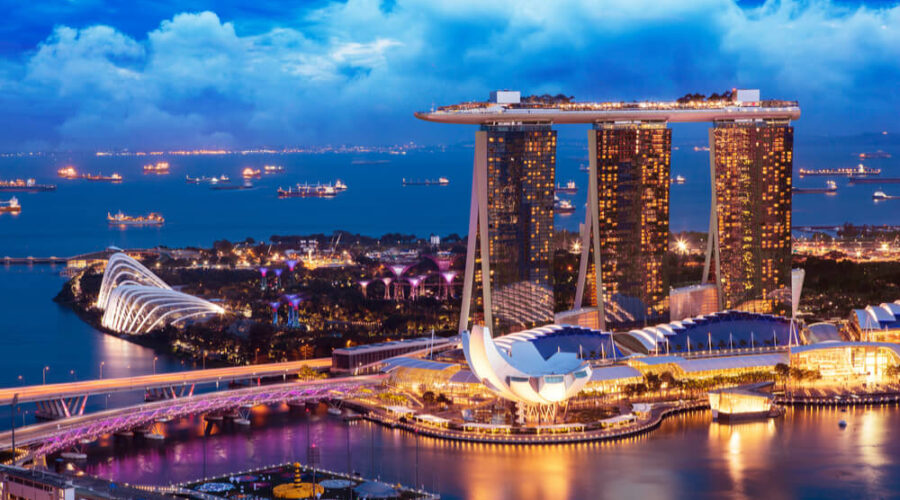 When it comes to risky assets like crypto, Singapore banks are no longer required to hold 1:1 in collateral, but rather 1.25:1. What this means is that for every $1 in cryptocurrency, a financial institution needs to hold $1.25 in regular cash. This is designed to ensure there are enough reserves in place to cover losses or other problems should the crypto industry decide to crash and burn all over again.

2022 was one of the worst years for the crypto market. Many assets – including bitcoin, the world’s largest and most popular – fell by more than 70 percent from their all-time highs, many of which were achieved in November of 2021. During that time, it seemed like crypto was on top of the world and there was nothing that could ever bring it down.

We were wrong. The digital currency arena fell like it never has before. This bear market wiped away not millions or billions of dollars, but rather trillions as the crypto space fell from a valuation of about $3 trillion in early 2022 to just over $800 billion by the end of the year. It was sad, it was ugly, and above all, it was embarrassing, especially for all those who had been touting the space for several months or years and claiming it was going to bring a financial revolution to light.

Singapore – widely recognized for its strict financial tactics – wants to make sure it’s fully prepared for any losses or other significant damage the crypto space might seek to dole out in the coming future. Senior minister in charge of the Monetary Authority of Singapore Tharman Shanmugaratnam explained in a recent statement:

Pending the finalization of the framework, MAS requires Singapore-incorporated banks to apply a 1,250 percent risk weight for exposures to riskier crypto assets such as bitcoin and ether. Based on MAS’ minimum total capital adequacy requirement of ten percent for systemically important banks incorporated in Singapore, this means that Singapore-incorporated banks are required to hold $125 of capital against an exposure of $100 to a crypto asset like bitcoin.

The country has been privy to the rise and fall of FTX, one of the world’s largest and most powerful digital currency exchanges. The company came crashing down in mid-November and has sent heavy ripples flowing through the digital currency arena. The company has caused many other firms, such as Block Fi, to be hit hard and file bankruptcy.

Lesser Measures for Other Tokens

For less risky crypto assets, such as tokenized corporate bonds that meet a set of conditions to ensure that they pose the same level of financial risks as traditional corporate bonds, the prudential treatment is similar to that applied to the traditional non-tokenized asset.