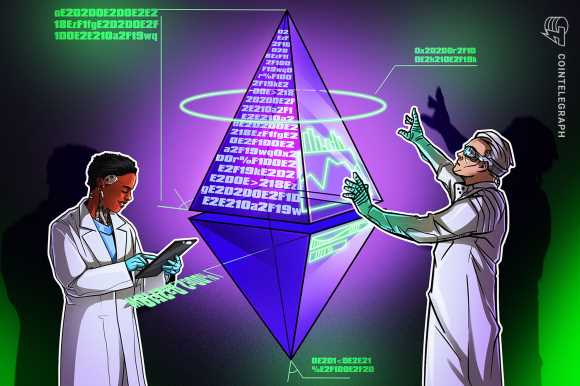 Ripple users may be able to interact with Ethereum-compatible decentralized applications (DApps) in the future following the launch of a test phase of Ripple’s new XRP Ledger sidechain.

The launch of the sidechain was shared in a Tweet by blockchain development firm Peersyst Technologies on Oct. 17, noting that the new sidechain is compatible with Ethereum Virtual Machine (EVM).

This means that Ripple users could eventually have access to decentralized applications like Uniswap (should it port over) and Web3 wallets such as Metamask and XUMM Wallet.

The new sidechain also comes with a cross-chain bridge built to transfer XRP and other assets between the EVM-supported sidechain and the XRP Ledger Devnet.

According to RippleX software engineer Mayukha Vadari, the release “means developers no longer have to choose between XRPL or EVM-compatible blockchains.”

Developers will also be able to access XRPL’s fast, low-cost transactions and bring Solidity-based smart contracts onto XRPL, he said.

The XRP-based EVM-compatible sidechain was custom-built by the Tendermint protocol, and aims to process 1000 transactions per second (TPS).

Vadari noted that the first phase of the EVM sidechain is now currently available for testing on the XRPL Devnet.Phase two will see the EVM-compatible sidechain transition to a “permissionless” chain with improved scalability.

Vadari said the aim is to achieve block times similar to that of the XRP Ledger for the second phase, which looks set to roll out in early 2023.

“The end goal is phase three: a permissionless EVM sidechain and bridge available on the XRPL Mainnet,” she added.

Related: Evolve or die: How smart contracts are shifting the crypto sector’s balance of power

The news didn’t appear to affect the price of Ripple’s XRP token too much, which is currently priced at $0.476 and is up 23.86% for the month.

The latest announcement comes amid a nearly two-year long lawsuit against Ripple by the U.S. Securities Exchange Commission (SEC), which has arguably affected the adoption and development of the global settlement network.

Ripple also continues to make moves in the Central Bank Digital Currency (CBDC) space since it first piloted a CBDC Private Ledger for banks in Mar. 2021 — having most recently partnered with The Royal Monetary Authority of Bhutan in Sept. 2022.