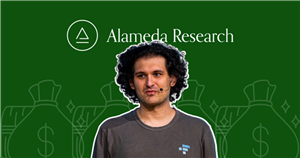 In an interesting development, the wallets associated with a leading trading-now bankrupt firm Alameda Research, the FTX’s sister concern.

The platform was seen transferring out funds which raised curiosity among the community. Moreover, the manner in which the funds were transferred was the main spotlight that grabbed huge attention.

The wallet connected to Alameda Research swapped bits of ERC-20 to ETH and USDT and later these were funneled through instant exchangers & mixers.

The things further became uglier when some of the ERC-20 tokens swapped for ETH went on anonymous decentralized exchanges which may help them to secure the tracks after swapping ETH to BTC.

The analyst here mentions that the wallet intended to swap ETH to BTC using DEX such as FixedFloat and ChangeNow, which aew usually used by the hackers and exploiters to hige their transactions routes.

While, many believed that it could be Sam Bankman-Fired but considering the recent legal developments against him, it was speculated to be an insider job intending to flush out what all is remaining.

Such operations, however, appear to be illegal considering the recent legal proceedings against SBF, Alameda CEO Caroline and many others.

The possibility to oversight the financial regulators and prosecutors also emerge. However, considering the nature of the case, it appears pretty unlikely.

28/12/2022 Crypto Comments Off on Is Alameda and SBF Squeezing out User’s Funds Soon After the Bail?  – Coinpedia Fintech News
Markets