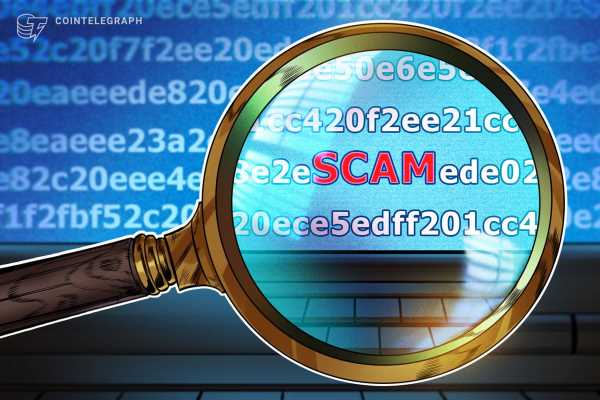 Six executives involved in the $1.5 billion (2 trillion won) South Korean crypto exchange fraud V Global have received prison sentences of up to eight years — but three were not detained so they could fight certain charges in court.

V Global operated between July 2020 and April 2021, roping in around 50,000 investors by promising 300% returns alongside sizable payments for referring new customers.

According to a translation of Dec. 26 reports from South Korean media outlets such as Economist.co.kr, two high-ranking execs, named Mr.Yang and Mr. Oh, got eight years and three years apiece for their role in defrauding investors.

Three of the total six have not yet been detained, however, as they have claimed innocence to certain charges and have the right to defend themselves in court.

“The defendants only trusted the VGlobal management team, evaded responsibility, and once the investigation began, they destroyed evidence and interfered with the investigation,” said the judge from the 12th Criminal Division of the Suwon District Court.

The judge however, was reported to have given the defendants some leniency, as the actual amount of fraud and number of investors impacted was lower than initially thought last year.

According to Kyeongin’s reporting from February, this was due to later evidence showing that around 10,000 investors had actually made returns from V Global via payments from multilevel marketing incentives such as customer recruitment bonuses. Many are said to have then reinvested those profits back into the platform before it was shut down.

It was alleged back in June last year that the firm had paid out its customer referral bonuses, reportedly worth $1,000 a pop, to existing investors via the influx of capital from new users, in a Ponzi-like fashion.

The latest court action now takes the number of V Global execs behind bars up to seven, as the CEO, known as Mr. Lee, was sentenced to a 22-year prison term back in February.