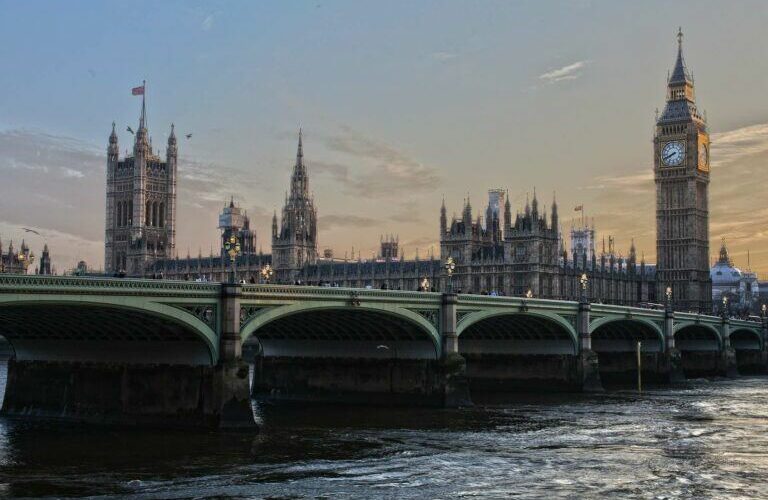 In a recent interview, Sir Jon Cunliffe, Deputy Governor for Financial Stability at Bank of England (BoE), shared his thoughts on crypto and how it should be regulated.

According to his BoE bio, Sir Jon Cunliffe “became Deputy Governor for Financial Stability on 1 November 2013.” He is “a member of the Bank’s Financial Policy and Monetary Policy Committees, the Bank’s Court of Directors and the Prudential Regulation Committee.”

He has “specific responsibility within the Bank for financial stability, for the supervision and oversight of financial market infrastructures and payment systems and for international” and is “a member of the G20 Financial Stability Board Steering Committee.” Also, he is Chair of the Bank for International Settlements Committee on Payments and Market Infrastructures.

According to a report by The Daily Hodl, during an interview with Sky News, Cunliffe said:

I think what it [the collapse of FTX] tells you is there’s a lot of activity that’s developed over the last 10 years on the trading and sale of crypto assets. Assets without any intrinsic value, so they’re incredibly volatile. And all of that has grown up outside of outside of regulation…

“What we saw I think in FTX, and there are investigations going on and I’ve got no knowledge of what’s actually happening inside that. But what we seem to have seen is that a number of activities, which in the regulated financial sector would have had certain protections and regulations around them, happened in an unregulated sector…

“And then we saw things like clients’ money appears to have gone missing, conflicts of interest appear to have happened between different operations. Transparency, audit and accounting, all of the perhaps boring things that happen in the normal financial sector, didn’t really happen for that set of activities. And as a result, I think a lot of people have lost a lot of money…

“Investing in crypto assets like Bitcoin and the like is a very speculative activity. Their value can go up, but it can go down… I think if people invest in that sort of thing. they need to know what they’re doing, they need to know what it is they’re actually buying. This is not a safe investment that you might put your money in for a length of time. It’s in effect, in my view, a gamble…

“But we allow people to bet. If you then want to get involved in that, you should have the ability to do that in a place that is regulated, in the same way that if you gamble in a casino they’re regulated. You should have the full information as to what you’re doing.“

On 21 November 2022, Cunliffe spoke about crypto during a speech given at Warwick Business School’s Gilmore Centre Policy Forum Conference on DeFi & Digital Currencies.

Cunliffe had this to say about DeFi during his speech:

“Some, of course, would argue that the answer is not proper regulation of the risks in centralised crypto platforms, like FTX, but rather the development of decentralised finance in which functions like lending, trading, clearing etc. take place through software protocols built on the permission-less blockchain. In such a world, it is effectively the ‘code’ that manages the risks rather than intermediaries. And indeed, there is some tentative and limited evidence that the failure of FTX has stimulated some transfer of activity to decentralised platforms…

“From the standpoint of a financial stability authority and a financial regulator, I have yet to be convinced that the risks inherent in finance can be effectively managed in this way. That scepticism is greater if the activity in question is the trading, lending, etc. of super volatile assets without intrinsic value.

“The robustness and resilience of the permission – less block chain has not been demonstrated at scale and over time. And some of the protocols themselves may carry risks – for example automatic liquidation of volatile collateral, no matter how rapid, does not remove the need for liquidity providers to avoid the amplification of fire sale dynamics.

“Moreover, it is not clear the extent to which these platforms are truly decentralised. Behind these protocols typically sit firms and stakeholders who derive revenue from their operations. Moreover it is often unclear who, in practice, controls the governance of the protocols.

“More generally, as with driverless cars, they are only as good as the rules, programmes and sensors which organise their operations. We would certainly need a great deal of assurance before such systems could be deployed at scale in finance.“

Back in May, Cunliffe spoke about cryptoassets at the three-day event “The Future of Everything“, which is hosted by Wall Street Journal (WSJ).

Per a Bloomberg report about Sir Jon’s speech, he said:

Here are a few other highlights from his speech:

28/12/2022 Crypto Comments Off on Bank of England Deputy Governor: Investing in Crypto Is Effectively Same As Gambling
Markets