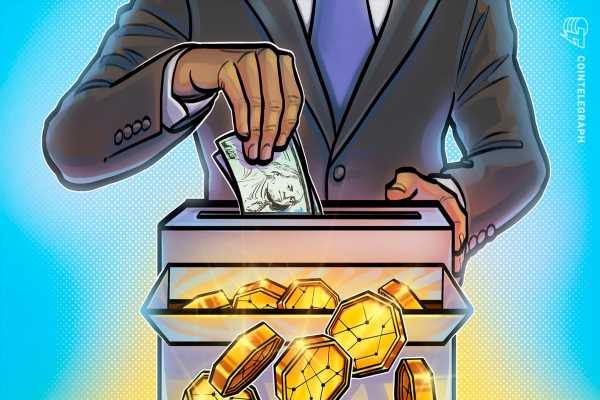 Digital assets funds saw inflows totaling $433 million during 2022, the lowest level since 2018, when inflows in the crypto industry reached $233 million, according to the cryptocurrency investment firm Coinshares.

Investors’ appetite for digital assets seems not to have been fully affected by the crypto winter, but otherwise encouraged investments in crypto assets in a year marked by a price decline and the collapse of many industry players. James Butterfill, researcher at CoinShares, noted in the weekly report that:

“In a year where bitcoin prices fell by 63%, a clear bear market precipitated by irrational exuberance and an overly hawkish FED, it is encouraging to see investors on the whole still choosing to invest.”

The biggest gainers of 2022 were Bitcoin (BTC) and multi-asset investment products, with inflows amounting to $287 million and $209 million, respectively. Last year’s inflows were significantly lower than in 2020 and 2021, both bull market years, when they reached $9.1 billion and $6.6 billion, respectively. 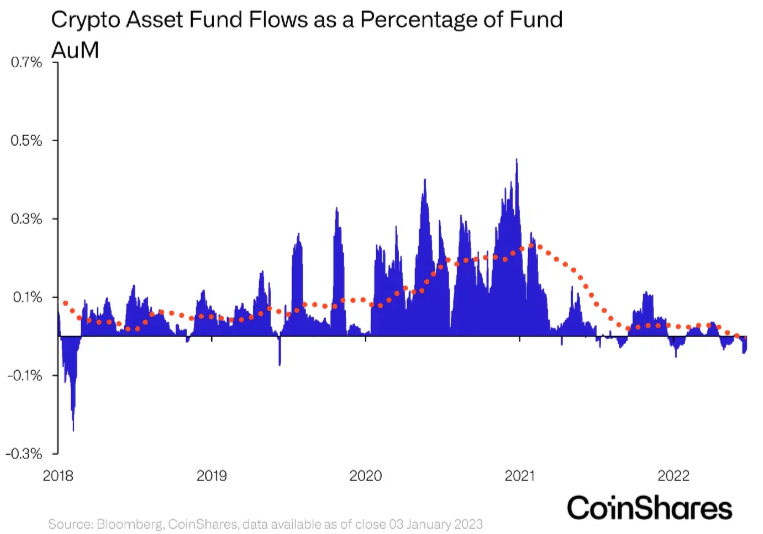 2022 also saw the emergence of short-investment products, according to the report, amounting to inflows of $108 million, representing only 1.1% of total Bitcoin under management. “They remain a niche asset,” stated the researcher.

Canada and Sweden had the largest outflows last year, totaling $436 and $446, respectively.

Among the largest declines by assets, Ether saw $402 million in outflows in 2022. “Ethereum had a tumultuous year which we believe was due to investor concerns over a successful transition to proof of stake and continued issues over the timing of un-staking, which we believe will occur in Q2 2023,” noted Butterfill.

The report also indicated that mid-year outflows in 2018 exceeded those in 2022, with total weekly outflows reaching 1.8% of total assets under management (AuM). Comparatively, the outflows in 2022 reached a weekly peak amounting to just 0.7%.