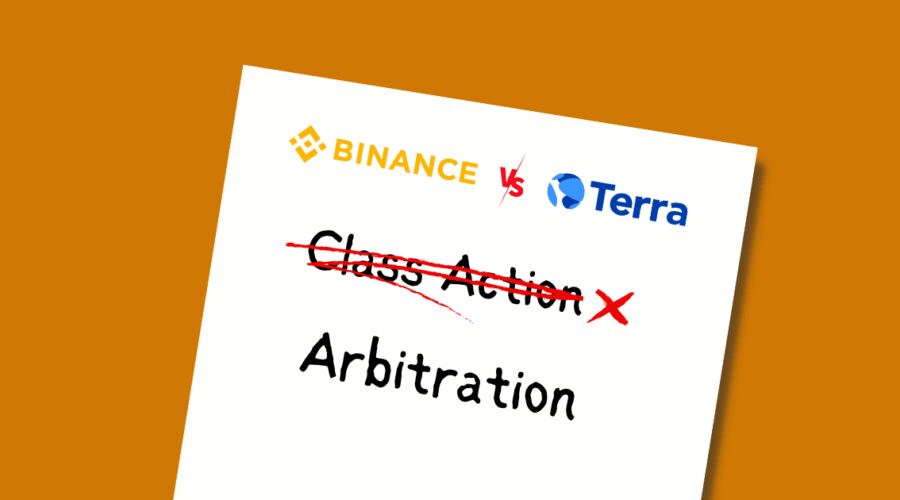 Binance, one of the largest crypto exchanges, faced a class action lawsuit on July 11, 2022, in the United States District Court for the Northern District of California.

This was the first lawsuit filed by US-based Roche Freedom LLP, claiming that Binance misled Terra network investors by portraying Terra’s dollar-based UST as more stable than it actually was.

Furthermore, the lawsuit also claims that Binance.US is not an authorized organization and carelessly promoted UST as a safe stablecoin, which it was not. However, the company has denied the allegations and stated that Binance.US adheres to all applicable regulations.

On January 4, 2023, Roche Freedom filed a brief against Binance’s move to force arbitration proceedings, which were filed by Binance in November 2022. The brief claims that there is no proof provided by Binance that crypto investor Michiel Nuveen, who is one of the arbitrators in the case, saw or accepted the arbitration clause.

Additionally, Roche Freedom claims that arbitration proceedings are fundamentally unfair to users or consumers, as they give rise to complex procedures and allow Binance to hold onto court proceedings.

The further proceedings will depend on what Binance has to say and on what terms both parties can agree.