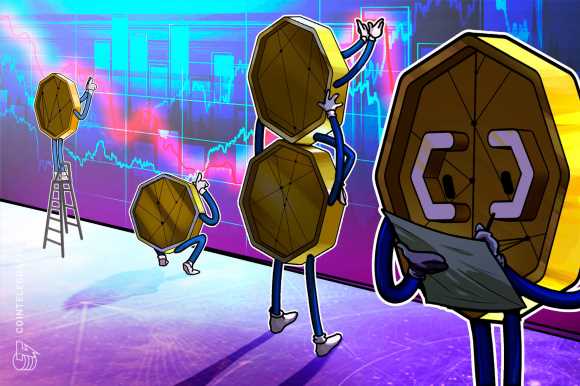 Argentina’s shock 2-1 loss to Saudi Arabia in the opening match of the FIFA World Cup has plummeted the price of the Argentine Football Association Fan Token (ARG), in line with the hopes of the nation’s die-hard soccer fans.

With the ARG token priced at $7.21 at kick-off, the poor performance by the Lionel Messi-led soccer team saw the token’s price fall 31% to $4.96 by the end of the match before rising to $5.22 at the time of writing, according to data from Coingecko.

By contrast, the floor price of “The Saudis,” a Saudi Arabian-themed nonfungible token (NFT) collection unrelated to the soccer team, skyrocketed 52.6% from 0.196 Ether (ETH) to 0.3 ETH over the same time before cooling off to a price of 0.225 ETH, around $250.

The collection’s sales volume also spiked 990% over the last 24 hours, closing in on 24.5 ETH as per OpenSea data.

Despite the built-up hype for the FIFA World Cup, which officially kicked off on Nov. 20, cryptocurrency research firm Delphi Digital noted that the fan engagement platform Socios’ native token Chiliz (CHZ), in addition to other soccer-based tokens representing participating nations, has also cooled off considerably over the last few days:

CHZ is an ERC-20 token native on Socios, a blockchain-powered fan engagement platform that has been one of the largest contributors to the sports-fan token boom.

Many of the soccer–based tokens run on Socios, which has partnerships with some of the largest soccer clubs in the world, includi Barcelona F.C., Paris Saint-Germain F.C., and Manchester City F.C.

While the tokens don’t represent ownership in teams, the token allows buyers to vote in some decisions made by sponsoring teams in addition to enabling access to some rewards.

Related: Billions are spent marketing crypto to sports fans — Is it worth it?

Popularity for fan-based tokens in the sporting industry has surged lately too, with token sales volumes often increasing more than 250% month-on-month since Jan. 2022.

Some appear to have viewed the tokens as an indirect way to bet on the success of such teams, despite them not being designed for that purpose.

The tokens are also impacted by factors other than the on-field success of soccer teams, such as the regular ebbs and flows of crypto markets and breaking news events.

An example is the recent FTX collapse sending the price of CHZ falling by nearly 40% since the reports of the exchange’s liquidity issues and proceeding bankruptcy.

In May, smart contract platform Algorand became the first official blockchain-based sponsor for the FIFA World Cup, which is set to wrap up on Dec. 18.