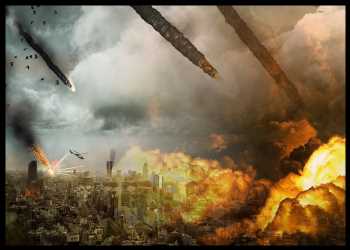 President Joe Biden has announced a $1.85 billion package of security assistance that includes both direct transfers of equipment that Ukraine needs, as well as contracts to supply ammunition Ukraine will need in the months ahead for its artillery, tanks, and rocket launchers.

The latest tranche of U.S. security assistance was announced at a joint press conference with Ukraine’s President Volodymyr Zelensky at the White House.

The U.S. aid comes at a time Russia continues to attack Ukraine’s critical infrastructure, destroying the systems that provide heat and light to the Ukrainian people during the coldest and darkest part of the year. Russia is using winter as a weapon in retaliation against Ukraine’s stiff resisitence at the war front.

Biden said that the United States is working together with its allies and partners to provide critical equipment to help Ukraine make emergency repairs to their power transmission system and strengthen the stability of Ukraine’s grid in the face of Russia’s targeted attacks.

“We’re also working to hold Russia accountable, including efforts in Congress that will make it easier to seek justice for Russia’s war crimes in Ukraine,” he told reporters.

Biden promised President Zelensky that the American people “will stay with you for as long as it takes”.

Biden said he looks forward to signing a bill to provide $45 billion in additional funding for Ukraine.

He will also sign into law the National Defense Authorization Act, which will make it easier for the Department of Defense to procure critical munitions and defense materials for Ukraine.

The Ukrainian President said, “the strongest element of this package is the Patriot battery systems, something that will strengthen our air defense significantly”.

This is a very important step to create a secure airspace for Ukraine, according to him.

Later, addressing US Congress, Zelensky said Ukraine is “alive and kicking” and will never surrender to Russian forces.

He expressed hope that the American lawmakers would approve $45 billion extra aid proposal, which is currently under consideration of the US Senate.

At least 100,000 each Russian and Ukrainian soldiers have been killed or injured in the 300 days old Russian invasion of Ukraine, according to the U.S. military. It is estimated that around 40,000 civilians have lost their lives in attacks.

The UN says 7.8 million refugees have crossed Ukraine’s borders to European countries to escape the war.