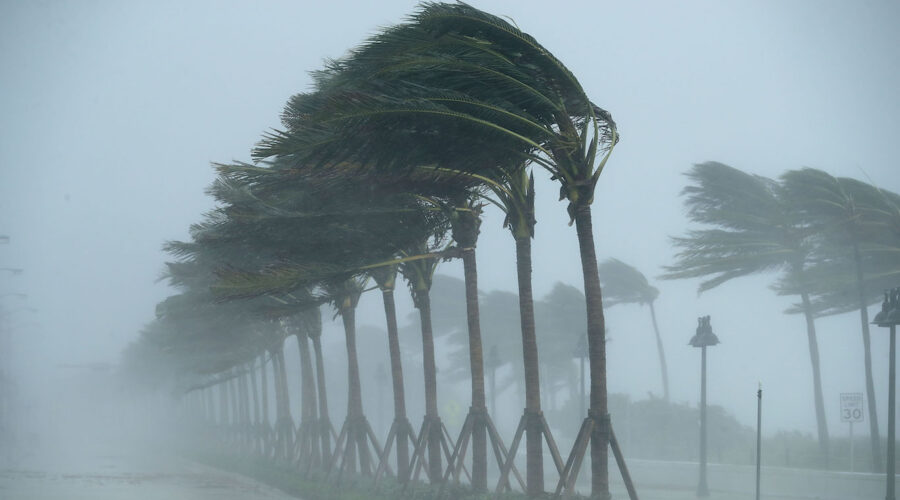 On September 7, Hurricane Ian entered the southeastern Gulf of Mexico as a Category 3 hurricane. Reports from the National Hurricane Center showed the storm strengthening, and at last record had maximum sustained winds of 120 mph. The hurricane is expected to make landfall Wednesday afternoon somewhere between Fort Myers and Tampa. Ian represents the first major storm of the 2022 hurricane season, which has been relatively quiet so far. But when it comes to hurricanes, as history has shown, it only takes one disastrous storm to make it a year to remember.

To determine the most powerful hurricanes of all time, 24/7 Wall St. used data from NOAA dating back to 1851 to rank tropical cyclones based on estimated central pressure at time of landfall for all hurricanes. Hurricanes were ranked according to their minimum pressure in millibars, where one millibar is the equivalent of 100 pascals in pressure. The lower a storm’s minimum pressure, the stronger the storm is. For context, air pressure is 1,013 millibars at sea level. The storms on this list had minimum pressure of 950 millibars or lower.

The frequency of tropical cyclones in a given year is rarely an indication of how intense the hurricanes may be when they make landfall — that is, how destructive they can be. Some of the most powerful storms, like Hurricane Andrew in 1992, for example, hit during one of the slower hurricane seasons of the past several decades. The strength of a hurricane is difficult to accurately predict, and the most intense storms on record vary heavily by decade, deadliness, and destructiveness.

In addition to high winds, hurricanes can batter areas with heavy rainfall, storm surges, and inland flooding. Many of the storms on this list have been the catalyst for some of the worst floods in American history.