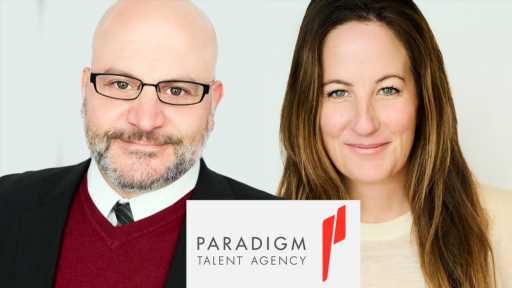 Kern comes to Paradigm as a media rights agent after seven years in New York as Head of Filmed Entertainment for Foundry Literary + Media. A veteran studio executive and producer most recently based in London, Thomas joins as a motion picture lit agent. Both new additions to Paradigm will be based out of its Los Angeles office.

“Alysia and Richie are both invaluable additions to our expanding roster of smart, entrepreneurial representatives,” said Paradigm Managing Partner Andrew Ruf. “As we launch our partnership with Paradigm Media Entertainment’s broadcast news, sportscaster, and culinary talent businesses, Richie’s wealth of experience in the world of book-to-screen adaptations enables him to identify unique, lucrative opportunities for our clients’ intellectual properties across all media. Alysia has served in key roles on award-winning and blockbuster feature films, with long-standing relationships in the business and a comprehensive grasp of the production process few agents possess.”

'House Of The Dragon' Star Steve Toussaint Signs With Paradigm

“I am thrilled to be part of the growing team at Paradigm,” stated Kern. “The ability to leverage the impressive roster of clients at Paradigm offers multiple opportunities for the underlying rights properties I am bringing to the agency.”

Added Thomas: “Having worked for two decades as a producer and studio executive, I am excited to use the eye for storytelling and the understanding of the studio system from the inside out in the service of our dynamic clients.”

Kern’s multifaceted career has centered on working with underlying content for adaptation. During his time overseeing film and television at Foundry Literary + Media, some of the projects adapted to the screen based on the agency’s books included Dopesick for Hulu, The Miss Pat Show for BET+, The Rook for Starz, Escaping the NXIVM Cult and Searching for Neverland for Lifetime, and feature films including The Sisters Brothers, Stronger and Ready Player One, as well as the acclaimed Showtime documentary Murder in the Bayou, which was packaged and sold by his new Paradigm colleagues. Kern was previously a senior editor at Thomas Dunne Books, acquiring book titles to be produced by Macmillan Entertainment. Before that, he was an agent at WME specializing in book to film and television adaptations. He began his career as a theatrical agent with the New York-based Talent Representatives Inc. and as an agent trainee at ICM in Los Angeles.

Thomas was most recently a producer in London, where she set up the feature Happiness for Humans, based on the novel by P.Z. Reizin, with Lord & Miller at Universal Pictures. She previously served as Vice President of Development at Working Title, where she worked on features including Baby Driver and The Highwaymen. Before that, Thomas was Vice President of Creative Affairs at Legendary Pictures in Los Angeles, working on projects such as Where the Wild Things Are, The Dark Knight and We Are Marshall. She began her career at Warner Bros., working her way up from executive assistant to creative executive, and played integral roles on films including Christopher Nolan’s Batman Begins, Wolfgang Petersen’s Troy and Zack Snyder’s 300, then serving as a full-time producer for her WB-based production company.

Trial In Peril As Defense Lawyer Tests Positive For Covid, But Proceedings Continue