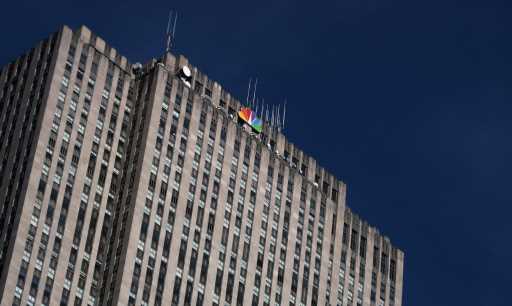 In an interview with CNBC, NBCUniversal CEO Jeff Shell said Peacock has now reached 15 million paying subscribers and he also confirmed reports that the company is considering a possible give-back of the 10 p.m. hour of programming to affiliates.

The 14-minute sit-down with David Faber (watch it above) covered a number of other hot topics, including the movie business.

As far as the 10 p.m. move, a scenario which rattled a number of stakeholders when it surfaced a few weeks ago, Shell said no final decisions have been made. But the company intends to “reallocate resources” toward areas of the company that are growing, he said.

Peacock had stalled out at 13 million subscribers in the quarter ending June 30. NBCU parent Comcast will report official third-quarter numbers in the coming weeks. The company has implemented a range of efforts to stimulate growth, including a significant price discount, reclaiming rights to shows that used to stream on Hulu and also stocking the service with more live sports.

In the runup to Peacock’s launch in mid-2020, Shell said, the streaming marketplace looked “frothy.” As a result, the company opted for a dual model with a free, ad-supported tier and a premium level.

Peacock has now reached 30 million monthly active accounts, Shell added, which is on target for guidance for 30 million to 35 million by 2025 offered by NBCU before Peacock launched.

Universal Pictures and specialty arm Focus Features have pursued a unique release strategy since the onset of Covid in early 2020, blending day-and-date and pure streaming releases with certain titles that stay in theaters for a period of time. The company also took back pay-one rights and now gives Peacock that first stop after digital sell-through and VOD as opposed to third-party premium cable. The flexibility of windows — which had remained rigid for years until the pandemic forced changes — has been a tailwind for NBCU, Shell said.

“That construct of the windowing combined with the fact that streamers really want movies, movies are driving platforms, has in my opinion made the movie business economically better,” the exec said. NBCU, he maintained, is “making twice as many movies as our nearest competitors, and we’re buying all that content and moving it into Peacock to establish the streaming service.”