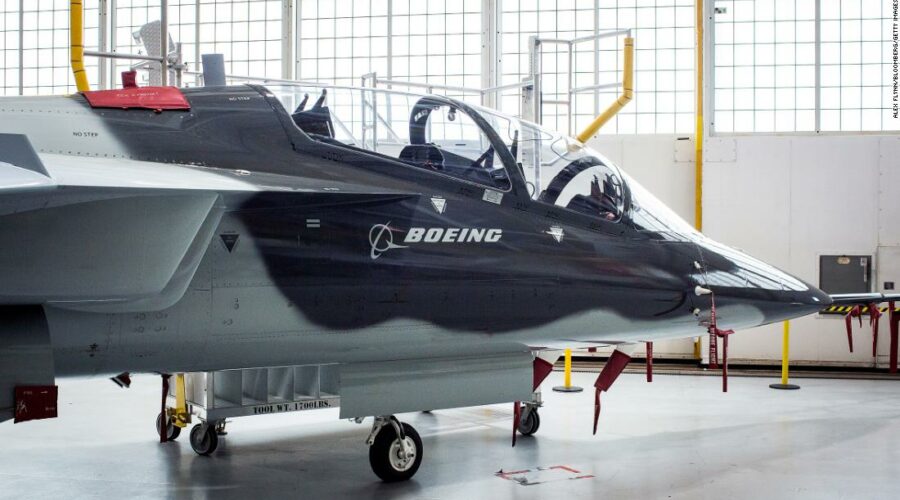 Washington, DC (Reuters)A union representing nearly 2,500 employees at three Boeing defense locations in the St. Louis area said on Saturday they will vote on the company’s revised contract offer, canceling a strike that was set to start early Monday.

The International Association of Machinists and Aerospace Workers said an overnight bargaining session had led to the new Boeing offer and workers will vote Wednesday on whether to accept it.
Under the new contract offer, employees can opt to receive an $8,000 lump sum payment — minus tax withholdings — upon ratification or can choose to have the entire amount deposited in a 401(k) plan. The company is dropping its revised 401(k) match proposal.

Boeing said in a statement Saturday “this new offer builds on our previous strong, highly competitive one and directly addresses the issues raised by our employees. We are hopeful they will vote yes on Wednesday.”

The tentative deal does not necessarily mean that the risk of a strike is over. A number of companies have reached deals with union leadership, only to see rank-and-file workers reject the proposed contract, forcing a strike. That’s what happened at John Deere where 10,000 members of the United Auto Workers union went on strike in October after rejecting a tentative deal. They stayed on strike for five weeks, rejecting another tentative agreement along the way, before voting in favor of a third agreement and returning to work.

Union members at the three Boeing defense plants overwhelmingly rejected the previous offer from the company a week ago.
Workers at the three plants in Missouri and Illinois build the F-15, F-18, T-7A trainer, and the MQ-25 unmanned refueler. Boeing said on July 24 it was activating a contingency plan in the event of a strike. But CEO Dave Calhoun had told investors during a conference call this week that delays in deliveries to military customers would occur if there was a strike.

The standoff began after the union had criticized Boeing’s 401(k) payments in the contract and workers rejected the offer.
“Boeing previously took away a pension from our members, and now the company is unwilling to adequately compensate our members’ 401(k) plan,” the union said on July 24.
Boeing’s earlier 401(k) offer on Sunday included a company match of workers contributions up to 10% of workers’ salaries along with an automatic contribution of 2% for 2023 and 2024. Boeing had also offered a $3,000 ratification bonus.
Boeing currently provides a 4% company contribution and a 75% match on the first 8% of an employee contribution.
Boeing has posted deep losses each of the last three years, with net losses topping $18 billion since the start of 2019. But those losses were primarily related to its commercial aircraft business, which has been buffeted by the 20-month grounding of the 737 Max that started in March of 2019 following two fatal crashes, as well as a sharp drop in demand for air travel caused by the pandemic.

The company’s defense, space and security business unit posted a $1.5 billion profit each of the last two years. But Boeing reported a loss of $929 million in its defense business in the first quarter this year after a number of special charges, including a $660 million charge related to its refurbishment of two 747 jets to be used as the new Air Force Ones. Boeing posted a narrow $71 million profit in the second quarter.
— CNN Business’ Chris Isidore contributed to this report
Source: Read Full Article