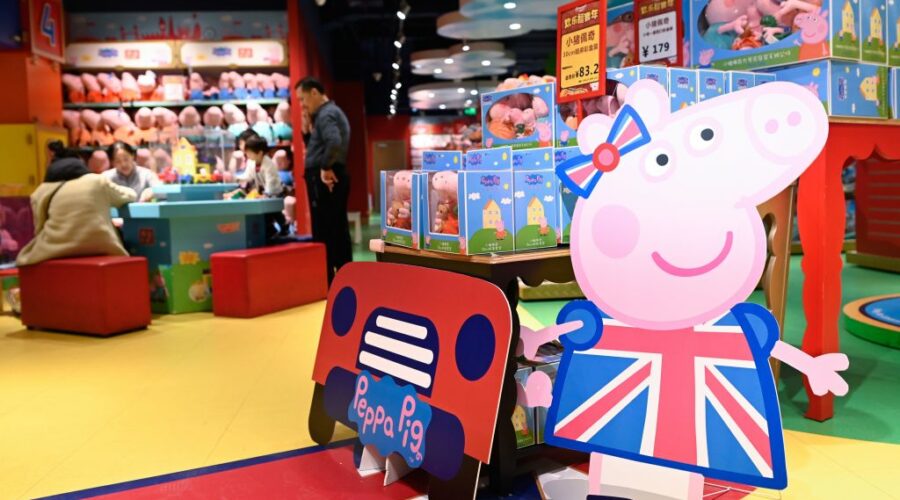 Hasbro shares tumbled to their lowest level since 2015 after the toymaker and entertainment company reported a sharp drop in quarterly revenue and earnings results below Wall Street expectations.

Midway through the trading day, Hasbro shares were down 3% at $65.76 on above-average volume.

Inflation and consumer sensitivity to price played a key role in the company’s 15% earnings slide in the quarter ending September 30, compared with the year-earlier period, and the company is also battling foreign currency fluctuations and supply-chain issues. Revenue totaled $1.68 billion, matching analysts’ consensus estimate, but adjusted earnings per share fell 10 cents short of Wall Street’s outlook, coming in at $1.42. Strength in the dollar in many global territories during the quarter was cited as a culprit, along with the fact that consumers in general are inclined to spend less on discretionary items like toys and games in the current climate.

The company, whose brand portfolio includes Peppa Pig, Transformers, Monopoly, Nerf and Magic: The Gathering, is expecting flat revenue in the fourth quarter revenue, a crucial holiday season span when the company typically makes as much as half its annual revenue.

The quarterly story wasn’t any better in the entertainment division, including the assets of Entertainment One, which was acquired by Hasbro in 2019. Revenue dropped 35% to $211.6 million and an operating profit a year ago turned into an operating loss of $28.9 million. The company blamed tough comparisons with the 2021 quarter, which saw the direct-to-streaming releases of the films Come from Away and Finch, both of which were scooped up by the free-spending Apple TV+.

During the company’s earnings call with analysts, CFO Deb Thomas said there would be “significant fourth quarter entertainment revenue for scripted TV.” She mentioned series like The Rookie, Yellowjackets and Cool Summer and the launch of Transformers: EarthSpark on Nickelodeon and Paramount+, plus more episodes of animated mainstays My Little Pony, Peppa Pig and PJ Masks.

How Streamers Are Supercharging Series Production In India: Analysis