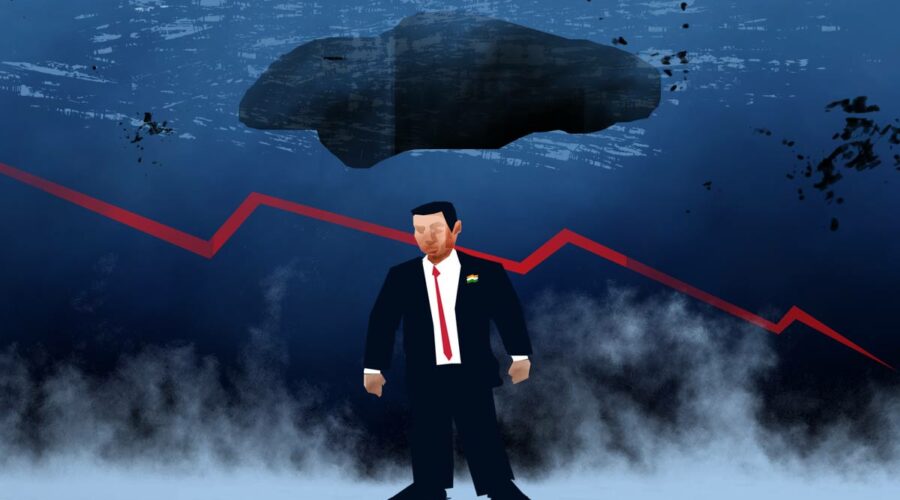 ‘An eerie similarity with 2019 inflation trajectory could now mean that the RBI and market inflation estimates could go awry.’

Elevated food price-led inflation triggered by unseasonal rains will become a sore point for markets and the policymakers going ahead, said analysts.

With this, the Reserve Bank of India has missed its inflation target for the third consecutive quarter.

“The excessive rainfall in early October 2022 may adversely impact the kharif harvest and delay Rabi sowing, thereby posing a material upside risk to the food inflation outlook. However, the impact of the same on the year-on-year food inflation print is likely to be partly mollified by the high base that lies ahead for H2-FY23,” says Aditi Nayar, chief economist at ICRA.

In 2019, unseasonal rains that were much lower in proportion had pushed food prices higher by 3 per cent over the four-months ended January 2020. However, food inflation cooled soon after, with vegetable prices significantly declining by March 2020.

“Due to unseasonal rain patterns and frequency being witnessed across major states now, surge in food inflation may lead to inflation for December hovering above 7 per cent, and the quarterly average should come around 7 per cent, above RBI’s projection of 6.5 per cent,” says Soumya Kanti Ghosh, group chief economic adviser, State Bank of India.

“An eerie similarity with 2019 inflation trajectory could now mean that the RBI and market inflation estimates could go awry,” Ghosh adds.

At the global level, too, there is little respite.

The recessionary outlook, analysts at Rabobank International said, though is putting a temporary cap on prices, La Niña is likely to result in adverse weather in key crop regions and prevent any big downside, which they believe is expected to remain until late Q1-CY23.

“The main concern is potential dryness over southern Brazil and Argentina that could affect a number of crops in the area, ranging from soybeans to coffee. Wheat prices still depend on the production and export capabilities of Ukraine,” explains London-based Carlos Mera, head of the agri commodities markets at Rabobank International.

“With the surge in Russian aggression, the grain deal will likely not be renewed when it is due in late November. This could keep wheat prices well supported and potentially push them higher going ahead,” Mera adds.

All this, analysts believe, will keep the markets on edge as they were hoping that the global central banks, especially the US Federal Reserve and the RBI will go soft on rate hikes over the next few months as inflation comes under control.

Rising crude oil prices, according to G Chokkalingam, founder and chief investment advisor at Equinomics Research, are another key monitorable.

“Brent oil price has jumped 18 per cent. While the Nifty valuation 18.6x FY24 (estimated) earnings per share of Rs 929 is reasonable, high oil and food prices pose a threat to inflation, which is a worrisome thing for the markets,” says Chokkalingam.

Technical analysts see the markets remain range-bound in the backdrop of domestic and global cues.

The Nifty, Nandish Shah, senior derivative and technical analyst at HDFC Securities believes, will find support at 16,800 levels for now.

“In case the index breaks this on any major negative news,” Shah adds, “it can then slip to 16,100 levels. That said, IT stocks are likely to provide support/cushion to the markets.”