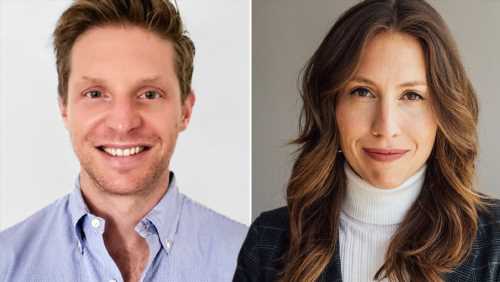 FilmNation Entertainment today announced the launch of Infrared, a new film production label that will look to finance and produce mainstream films with franchise potential, producing three to four mid-to-high level budget films each year across the action, thriller, comedy and sci-fi genres.

The label will be led by President of Production Drew Simon, who reports to FilmNation Entertainment CEO Glen Basner. In his role, he will oversee all elements of the label’s films, from development through production, while managing the label’s team.

Simon has hired Sam Speiser as Infrared’s Vice President of Production, with Speiser to support him in overseeing all stages of project development and production. She will be responsible for sourcing and vetting new material, helping to build Infrared’s ongoing slate of films, and managing feature film projects through their complete lifecycles.

“I am thrilled to move forward with this exciting new strategic growth initiative as we continue to scale our storytelling platforms,” said FilmNation Entertainment’s Basner. “Under Drew’s leadership, Infrared will perfectly complement our award-winning FilmNation slate while becoming a market leading fully independent producer of fun and entertaining mainstream films.”

“We look forward to offering filmmakers from a wide array of genres a collaborative and creative home for their films,” added Infrared’s Simon. “We are also tremendously excited to fill the mainstream film space with fresh stories and franchises that will lead us to our ultimate goal of offering moviegoers a truly entertaining experience.”

Simon began his career at New Line Cinema before following Bob Shaye to his production company Unique Features. He then worked for The Mark Gordon Company and moved up the ranks to Vice President before leaving the company for STX Entertainment, where he was an EVP at the time of his departure. During his time at STX, he oversaw, worked on and managed a slate of films including Bad Moms, A Bad Moms Christmas, Greenland, My Spy, Den of Thieves, 21 Bridges, Mile 22, Gunpowder Milkshake, Countdown, The Foreigner, Molly’s Game and The Gentleman, among many others.

Speiser is a producer and executive who previously served as Vice President of Development and Production at Solstice Studios, there helping to build and manage a slate of films that included Hypnotic and Mind Fall. As an independent producer, she developed a slate of projects including the upcoming sci-fi feature Calling Me Home, based on a short story by Spencer Nitkey, which she’s co-producing alongside Samantha Shear of Zoic Studios and Derek Kolstad. Speiser was previously the sole development executive under veteran studio head Rob Friedman (Summit, Lionsgate), where she spearheaded the acquisition of the company’s Rules for Vanishing. Previously, at EuropaCorp, she assisted in the development and production of Shut In, Nine Lives, The Transporter Refueled, American Renegades and The Command.

FilmNation has in recent years greatly broadened its avenues for storytelling with television, theater and podcasting. The studio’s first television series I Know This Much Is True for HBO garnered Mark Ruffalo an Emmy for his dual lead roles. The studio has a number of high-profile television projects lined up including adaptations of Isabel Allende’s The House of the Spirits, Thomas Pierce and Lila Byock’s The Stephanies for Hulu, and Susan Choi’s National Book Award winner Trust Exercise. FilmNation is developing additional projects at networks including Amazon, Hulu, Peacock and Sky. FilmNation TV UK, the company’s scripted series joint venture with Viaplay Group, has been actively developing its slate and is anticipated to be in production on several series in the coming year.

‘ALI’, A Musical About Sports’ Greatest Superstar, Being Developed For Broadway