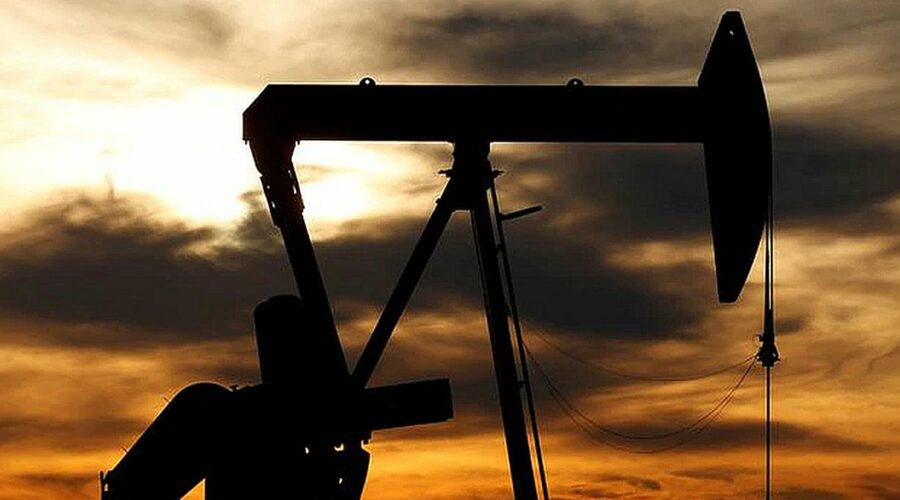 India’s crude oil imports are coming in from a changing mix of countries, with the top three accounting for around 60 per cent of total imports. 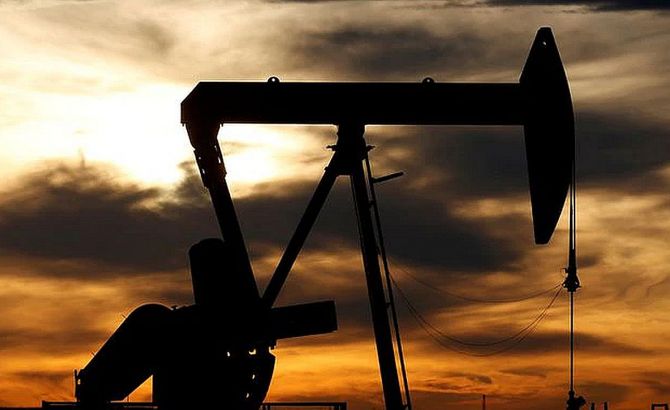 Russia emerged as the largest source of crude oil imports for India in June, as per the latest available data from the Organization of the Petroleum Exporting Countries (OPEC).

The data which is released with a lag, showed that Russian imports accounted for 24 per cent of the total crude imports into the country.

The others including Iraq and Saudi Arabia account for another 36 per cent (see chart 1).

The OPEC and its allies including Russia on Tuesday agreed to a small production cut to buoy oil prices.

Fears of a global slowdown had caused prices to slump to fall below $100 a barrel.

It fell to below $94 a barrel on Tuesday, after a three per cent rally on Monday following the OPEC announcement.

The three top countries were different before the Russian military offensive in Ukraine.

Data for October 2021 shows that Iraq was the top importer accounting for 21 per cent of the crude coming into India.

This was followed by Saudi Arabia (16 per cent) and the United Arab Emirates (UAE) which was just under 10 per cent.

Russia’s military buildup on Ukraine’s borders began to escalate tensions in the region around November 2021.

The military offensive began in February 2022.

Western countries have cracked down on Russia with sanctions and have sought to restrict its ability to make money from sale of crude oil and other energy products after the military action.

Various countries have emerged as the top source for India’s crude imports in the period since then.

“Official data shows no imports of Russian crude in April, while Kpler data shows flows of almost 1 mb/d (million barrels per day) for that month, as domestic refiners took advantage of deeply discounted Urals crude,” noted the OPEC monthly bulletin for April on India’s imports for them month.

A comparison for the month of June over recent years shows that the latest imports are just shy of levels seen in the years leading up to the pandemic. 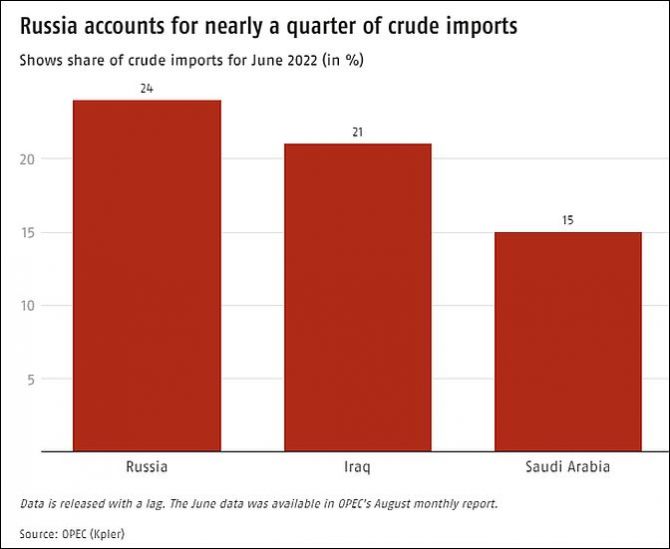 The latest OPEC bulletin suggested that Russia might continue to account for a significant portion of Indian imports.

“Looking ahead, crude imports are likely to remain close to current levels in July, with Russian inflows remaining above 1.0 mb/d and with expectations for slightly lower flows from elsewhere.

“Product imports are seen moving higher in July, amid increased flows from the Middle East and Asia.

“Product exports are seen declining on lower flows to Asia and Africa,” it said.

16/09/2022 Business Comments Off on Explained: How India’s crude import sources have changed over time
Markets