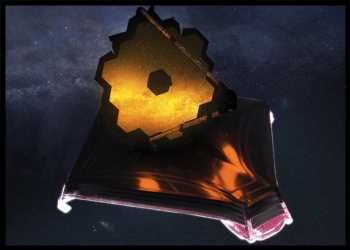 The first full-color images and spectroscopic data captured by NASA’s James Webb Space Telescope will be released at the White House by President Joe Biden on Monday.

At a preview event to be held at 5 PM ET, the President and Vice President Kamala Harris will receive a briefing from National Aeronautics and Space Administration officials, the White House said.

NASA said in a press release that they will preview the first images from the Webb Space Telescope — the highest-resolution images of the infrared universe ever captured.

Released one by one, these first images from the world’s largest and most powerful space telescope will demonstrate Webb at its full power as it begins its mission to unfold the infrared universe.

Each image will simultaneously be made available on social media, as well as on the agency’s website at http://www.nasa.gov/webbfirstimages

NASA has shared the list of cosmic objects that Webb targeted for these first observations.

The Carina Nebula is one of the largest and brightest nebulae in the sky, located approximately 7,600 light-years away in the southern constellation Carina. Nebulae are stellar nurseries where stars form. The Carina Nebula is home to many massive stars, several times larger than the Sun.

WASP-96 b spectrum is a giant planet outside the solar system, composed mainly of gas. The planet, located nearly 1,150 light-years from Earth, orbits its star every 3.4 days. It has about half the mass of Jupiter, and its discovery was announced in 2014.