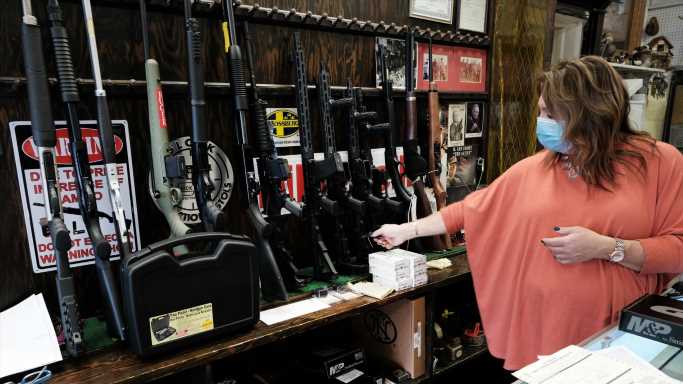 There are about 400 million guns in circulation in the U.S., according to the Small Arms Survey, a Swiss-based research project. This means that for every person in America, there are about 120 guns — an astonishingly high figure. The comparable number in Finland, for example, is 32 guns per 100 people, and in Germany it is 20 guns per 100 people.

According to many experts, firearms have led to gun violence in America. The level of gun deaths has been increasing in the past years. So far this year, according to the Gun Violence Archive, 30,501 people have been killed by guns in the U.S. There have been 468 mass shootings in 2022. The violence is daily. (These are states where the most murders are committed with a gun.)

Gun sales have risen sharply over the last decade and hit an all-time high early in the COVID-19 pandemic. There were 10 million background checks in the U.S. in 2006. They rose to almost 15 million in 2010, and to just above 25 million in 2018. They exploded early in 2020, and reached a record annual level of 39,695,315 that year. Concern about how the pandemic might affect violent crime in the U.S. was likely a cause, at least in part, for this increase. This might have been exacerbated by the period of civil unrest across much of the country in that summer.

To determine the states where gun sales collapsed, 24/7 Wall St. listed all 47 states that reported decline in firearm background checks in the first eight months of 2022 compared to the same period in 2021, using data from the FBI’s National Instant Criminal Background Check System. States are ranked in order of the percentage decline in background checks. Population figures came from the Census Bureau’s 2020 American Community Survey and are five-year averages.

While gun background checks are not a one-to-one comparison of gun sales, they serve as a proxy, especially in identifying trends. Sales fell from 2020 levels in 2021, but only by a modest amount, to 38,876,673. The decline began in the second half of that year. In 2022, the drop in gun sales was much more dramatic. So far, through the first eight months of 2022, gun background checks by the FBI have hit 20,790,489. That is down sharply from 27,841,119 in the same period last year and breaks several years of upward trends. There is no ready explanation for the slowing of gun sales.

Gun sales have not only dropped nationwide, but also in most states. It is important to note that gun sales do not have a direct relationship with the population. More gun background checks are done in Kentucky than in California per reporting period. (Adjusted for population, here are states with the most gun purchases per person.)