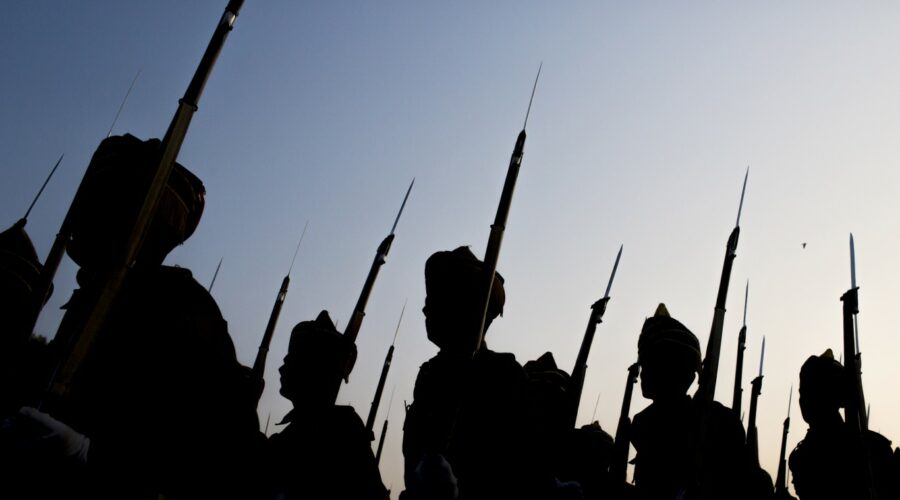 While humans have been fighting one another since as long as they’ve been humans, modern warfare began only about 5,000 years ago, during the age of chariots – antiquity’s version of the modern tank.

Chariots could only have been invented in ancient societies with governments and bureaucracies capable of developing and building them by the hundreds, as well as recruiting and training the soldiers that rode them into battle.

The chariot is the earliest example of how new military technology can upend previous methods of warfare. History is filled with such inventions or developments – innovations that changed the way wars are fought.

To identify 30 inventions that revolutionized combat, 24/7 Wall St. reviewed independent research from a variety of sources. These inventions were not always initially meant to be used in warfare, but when the technology was repurposed for military use, the technology forever changed the way wars were fought. (These are 18 of the deadliest weapons of all time.)

One notable example of this is the continuous track tread, the metal belts of a tank that allow it to roll over barbed wire and hedgerows with ease. The belts were initially invented in California to provide grain harvesters the traction needed to roll across bumpy fields. (It also works the other way around, as with these 19 commercial products that were invented by the military.)

Other inventions were always intended for military use, such as the six-foot English longbow that could send an arrow into a horseman from as far as a half-mile away. The weapon, invented by the Celts in what is Wales today, was designed specifically for combat and it radically altered the political landscape of Europe by giving the English a formidable battlefield advantage.

Other important inventions in military history, like modern global positioning systems or the internet itself, were always intended to be used by both civilians and soldiers.