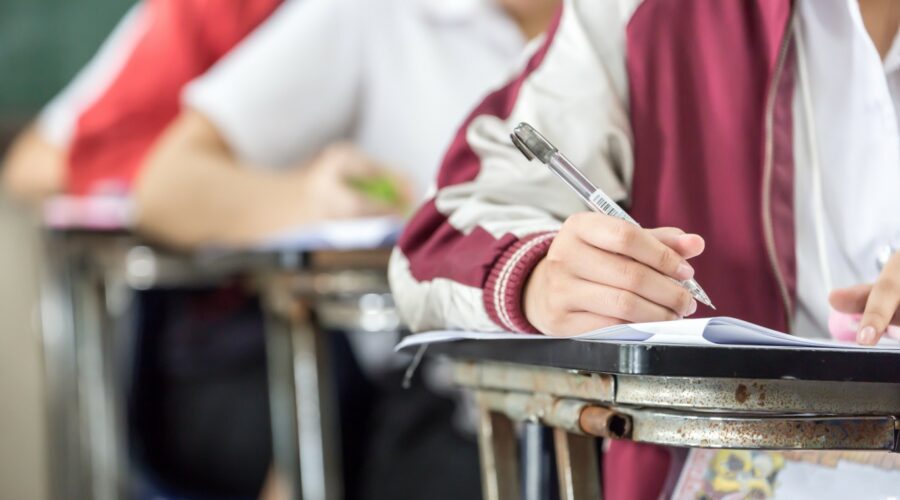 The scores of fourth- and eighth-grade American students testing in a national exam in reading and math declined significantly. Setbacks in mathematics were especially striking, with scores falling more than in any other year since the test – known as the National Assessment of Educational Progress or NAEP – was first administered in the early 1990s.

While there is no single explanation for the drop, experts attribute the historic decline primarily to the disruptions stemming from the pandemic, underscoring COVID-19’s considerable toll, far beyond public health. (Here is a look at the best places to teach in America.)

Using data from the NAEP, 24/7 Wall St. identified the states where students’ math scores the worst. States are ranked on the average share of fourth-and eighth-grade students proficient in math. In the case of a tie, the state that spends less on education per pupil ranks lower. In each of the 24 states on this list, average math proficiency among fourth- and eighth-graders is below 29%.

In 2021, the federal government invested $123 billion in public education to help students catch up in the wake of the pandemic. The latest test results reveal it may take billions more. While the link between per pupil spending and student outcomes is complicated, most of the states on this list invest less on a per student basis in their education system than most other states, according to the latest data from the Department of Education. (Here is a look at how much each state spends on public schools.)

Miquel Cardona, the secretary of education, summed up what is at stake in improving reading and math proficiency. “This is a moment of truth for education,” he said. “How we respond to this will determine not only our recovery, but our nation’s standing in the world.”

Click here to see states where students score the worst in math.