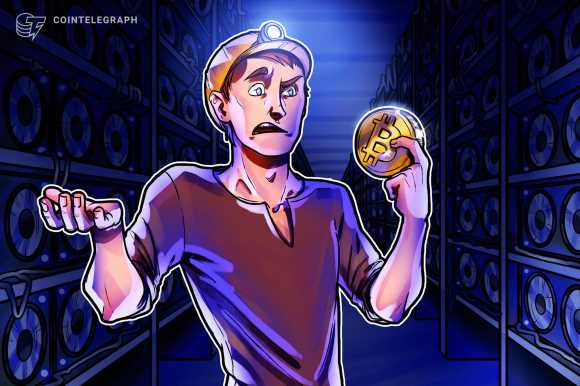 Despite the recent BTC price drawdowns, Bitcoin’s network fundamentals are telling an optimistic tale as August comes to a close.

Both difficulty and hash rate are climbing, reflecting conviction among miners over long-term profitability of their network participation. It also suggests that the mining sector is absorbing lower profits versus costs in the short term.

Difficulty, which added 9.26% at its Aug. 31 automated readjustment, now stands at its highest ever. Competition among miners is as healthy as ever.

According to BTC.com, hash rate now stands at an average 221 exahashes per second (EH/s), a hair off its highest-ever recorded average reading of 223 EH/s from just before May’s Terra LUNA implosion.

Bitcoin (BTC) fundamentals have delivered a “welcome uptick” which research says takes the edge off a classic bear market.

“Personally, I think as more hashrate comes from the US, we’ll see a new annual seasonal trend like we used to see in China. ie hot months lower hashrate/helping to stabilize grid, cool months higher hashrate,” macro analyst Jason Deane wrote in part of a Twitter response to the difficulty readjustment. 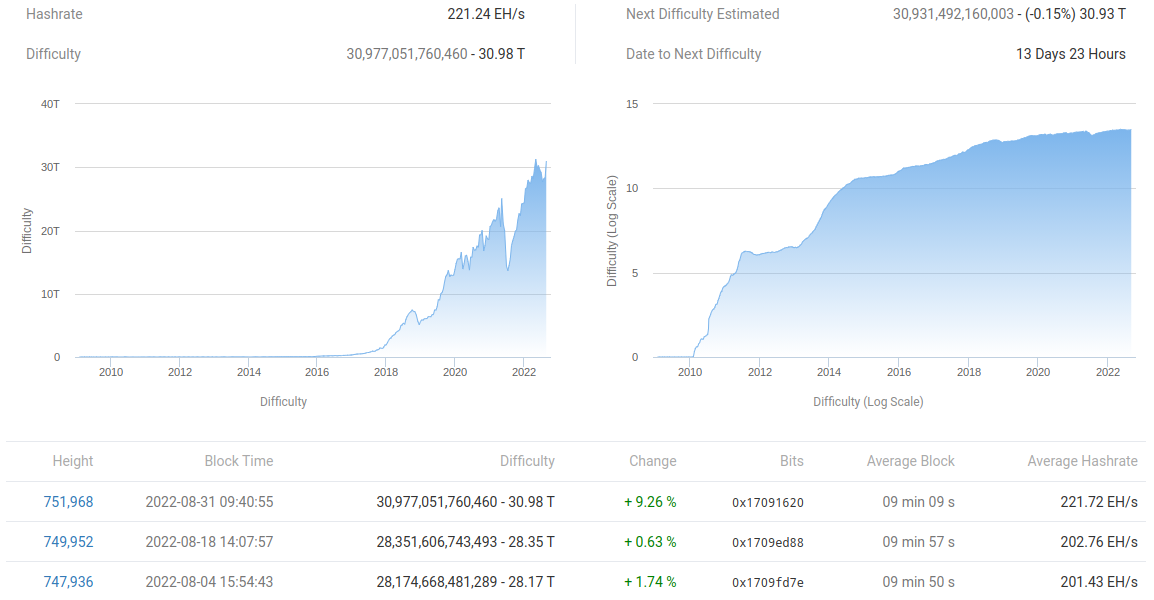 The numbers provide a welcome counterpoint to troubled spot markets and gloomy projections for the rest of 2022.

With BTC/USD set to end August down almost 13%, on-chain analytics firm Glassnode said that a rebound in fundamentals would be a helpful antidote to an otherwise sour environment.

“It remains plausible that Bitcoin is in a bottom formation range and would be historically similar to all past bear markets,” it concluded in the latest edition of its regular newsletter, “The Week On-Chain,” released on Aug. 30 and titled “Bitcoin Barely Hanging On.”

“However, Bitcoin prices are just barely hanging on, and any uptick in the fundamentals would be a welcome change.”

BTC/USD circled $20,150 at the time of writing, having recovered from sub-$20,000 levels overnight, as per data from Cointelegraph Markets Pro and TradingView. 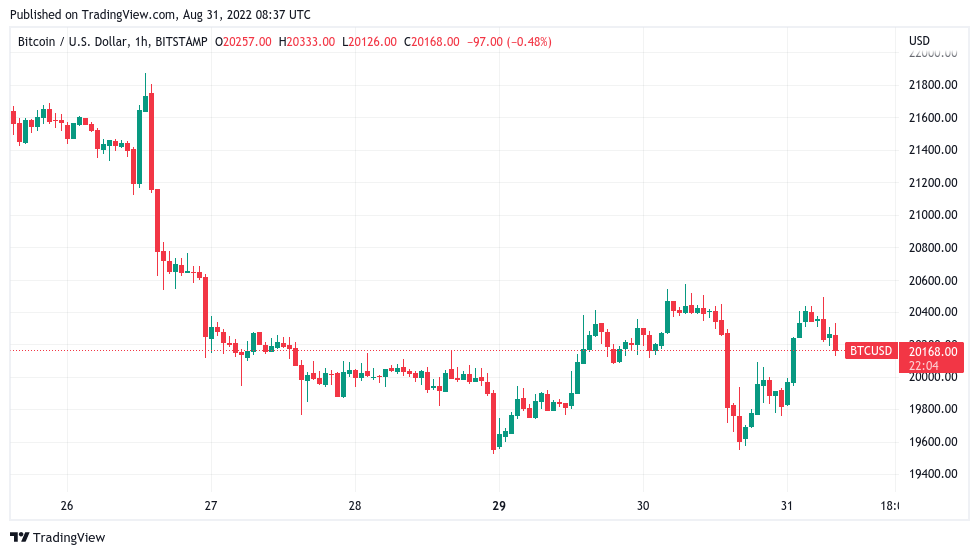