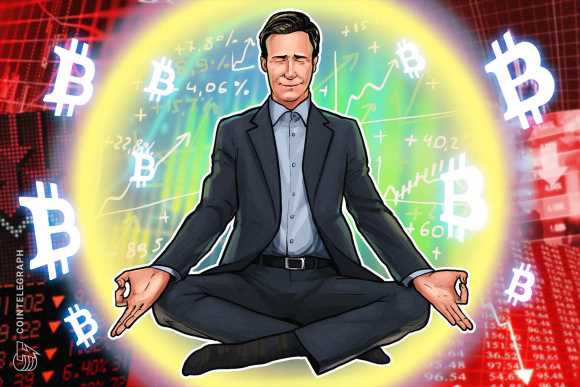 Like clockwork, the onset of a crypto bear market has brought out the “Bitcoin is dead” crowd who gleefully proclaim the end of the largest cryptocurrency by market capitalization.

The past few months have indeed been painful for investors, and the price of Bitcoin (BTC) has fallen to a new 2022 low at $17,600, but the latest calls for the asset’s demise are likely to suffer the same fate as the previous 452 predictions calling for its death.

Resolute Bitcoiners have a bag full of tricks and on-chain metrics they use to determine when BTC is in a buy zone, and now is the time to take a closer look at them. Let’s see what time-tested metrics say about Bitcoin’s current price action and whether the 2021 bull market was BTC’s last hurrah.

Some traders always buy bounces of the 200-week moving average

One metric that has historically functioned as a solid level of support for Bitcoin is its 200-week moving average (MA), as shown in the following chart posted by market analyst Rekt Capital. 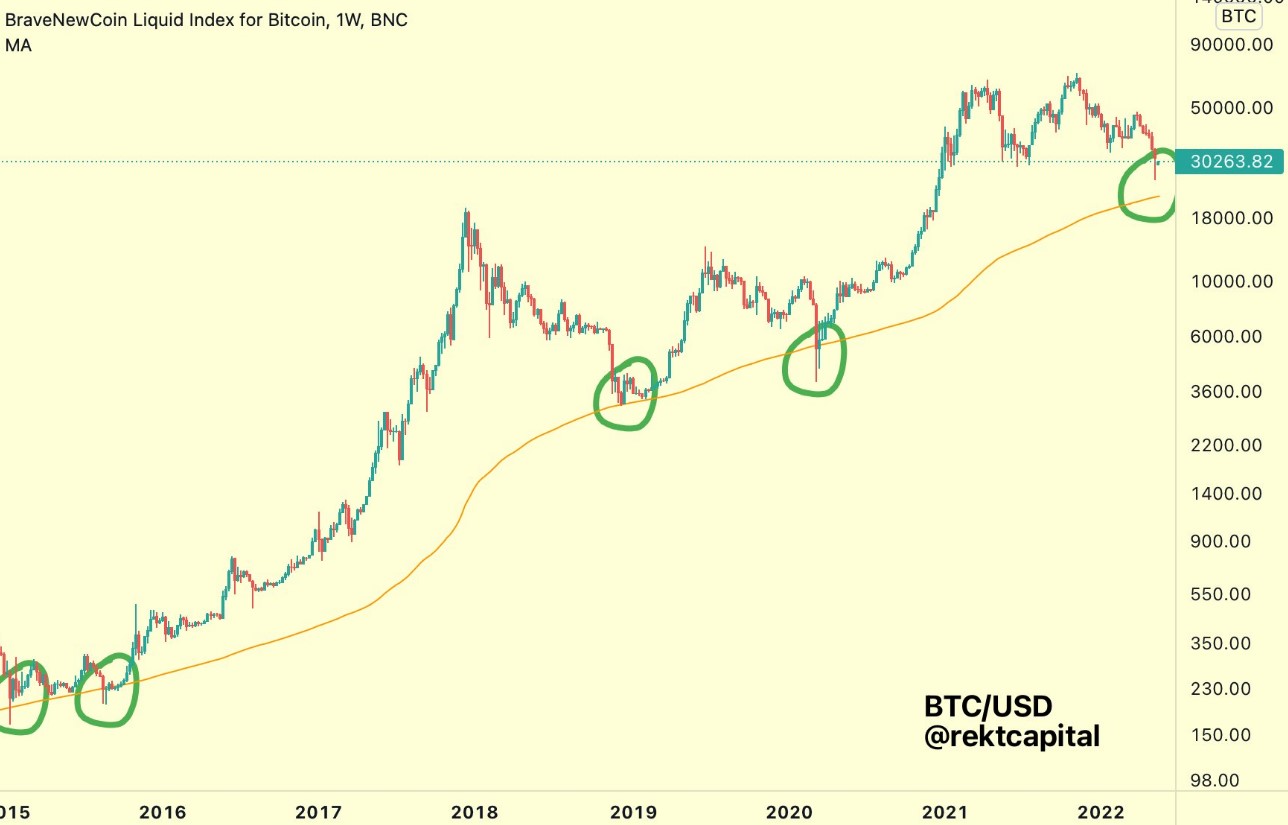 As shown in the area highlighted by the green circles, the lows established in previous bear markets have happened in areas near the 200-MA, which has effectively performed as a major support level.

Most times, BTC price has had a tendency to briefly wick below this metric and then slowly work its way back above the 200-MA to start a new uptrend.

Currently, BTC price is trading right at its 200-week MA after briefly dipping below the metric during the sell-off on June 14. While a move lower is possible, history suggests that the price will not fall too far below this level for an extended period.

Along with the support provided by the 200-week MA, there are also several notable price levels from Bitcoin’s past that should now function as support should the price continue to slide lower.

One final metric that suggests BTC may be approaching an optimal accumulation phase is the market-value-to-realized-value ratio (MVRV), which currently sits at 0.969. 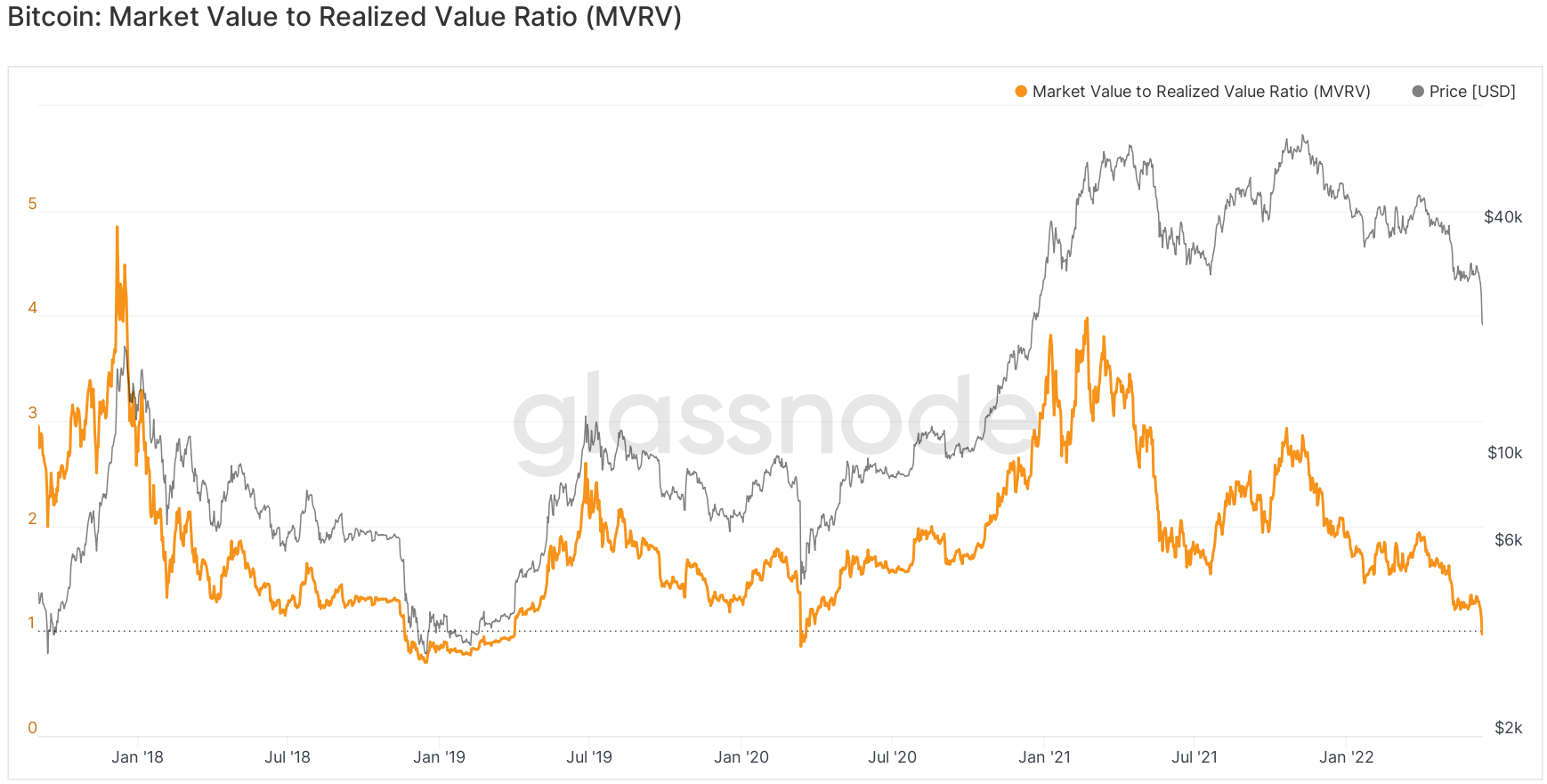 As shown on the chart above, the MVRV score for Bitcoin has spent most of the time over the past four years above a value of 1, excluding two brief periods that coincided with bearish market conditions.

While the data does not deny that BTC could see further price downside, it also suggests that the worst of the pullback has already taken place and that it is unlikely that the current extreme lows will persist for the long term.

19/06/2022 Business And Finance Comments Off on Bitcoin critics say BTC price is going to $0 this time, but these 3 signals suggest otherwise
Markets