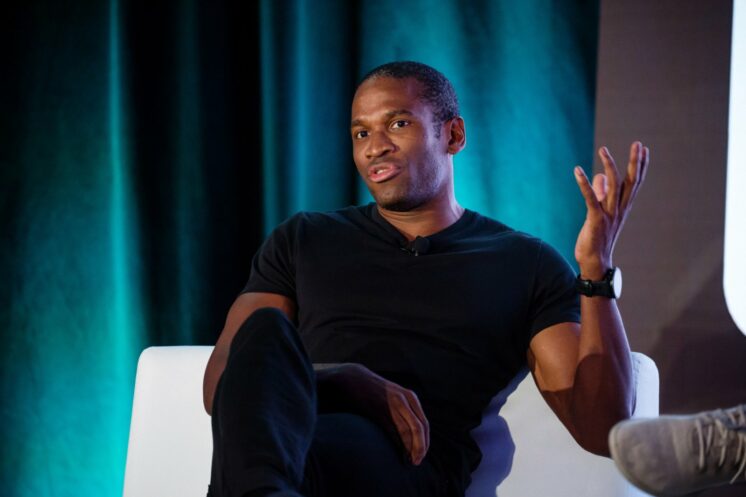 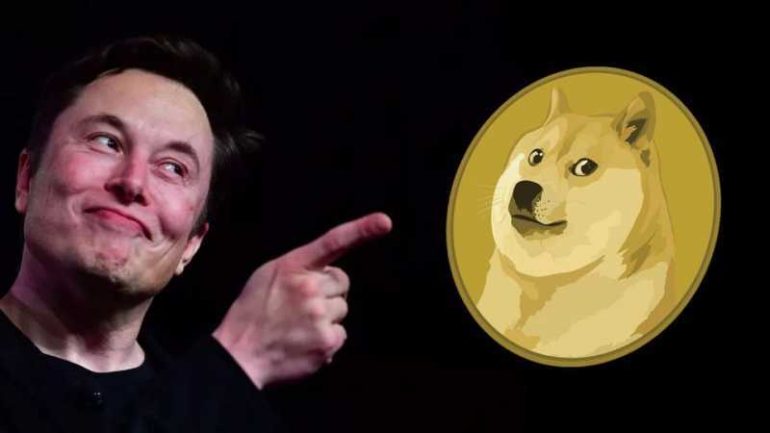 The popular meme-coin of Dogecoin (DOGE) has experienced a knee-jerk reaction after the CEO of Tesla and Founder of SpaceX, Elon Musk, tweeted that he will keep supporting the memecoin.

Mr. Musk also went further to confirm that he will keep buying Dogecoin (DOGE). The latter was in response to a question from a crypto-twitter community member, Altcoin Gordon, as seen in the following screenshots of the Twitter conversation. 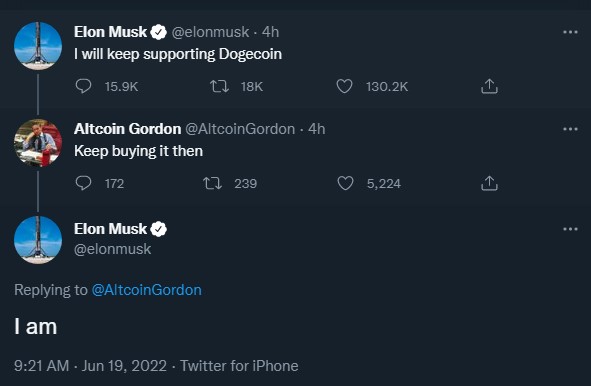 Dogecoin Pumps By over 10% After Elon’s Tweets.

As earlier mentioned, Elon Musk’s tweet on supporting and buying Dogecoin caused a spike in the value of DOGE. Before his tweet, DOGE was trading at approximately $0.052. Dogecoin has since hit a local peak value of $0.05977 due to the two tweets mentioned above. This translates to a 15% increment in value in roughly four hours, as seen in the chart below.

Elon Musk, Tesla, and SpaceX are Being Sued for Running a Dogecoin Pyramid Scheme.

Elon Musk’s tweets confirming support and potential future buying of Dogecoin come in the wake of news that he is being sued alongside Tesla and SpaceX for carrying out a pyramid scheme through DOGE.

The plaintiff, Keith Johnson, is demanding $258 Billion in damages in a class-action lawsuit claiming that the defendants ‘falsely and deceptively claim that Dogecoin is a legitimate investment when it has no value at all.’ The case is currently filed at the US District Court, Southern District of New York.

Concerning price, Dogecoin continues on its downtrend that has its origins in May 2021 and after Elon Musk appeared on Saturday Night Live.

From the chart, it can be observed that the daily MFI, RSI, and MACD all confirm the oversold situation concerning Dogecoin (DOGE). Therefore, a bounce to the 50-day moving average (white) at around $0.08 could occur in the days to follow.

However, Dogecoin’s fate, as is the case with most altcoins, is tied to that of Bitcoin. Consequently, if Bitcoin continues on its downtrend below $20k, DOGE will most likely continue losing value in the crypto markets.