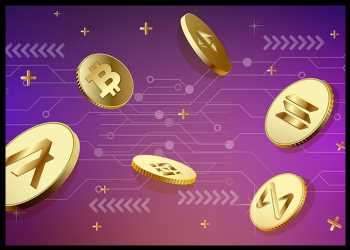 Cryptos rebounded early on Friday with market capitalization surging to $874 billion. June was a particularly depressing month for crypto sphere with the top 10 cryptocurrencies losing, on an average, 30 percent in a single month.

The month of June witnessed unprecedented turmoil in the crypto world, just as it was trying to emerge from the terrifying events that unfolded in the Terra ecosystem. Lending platform Celsius pausing withdrawals, Staked Ethereum losing its peg to Ether, reports of SEC investigation on Binance’s BNB crypto, delay in testing of Ethereum’s Difficulty Bomb, a bridge exploit on Harmony, Bitcoin dropping below the 200-Week Moving Average and hedge fund Three Arrows Capital entering into liquidation, were some of the triggers that dragged down the crypto market during the past month.

The macro world too was uncharacteristically challenging and hostile, amidst multi-decade high inflation readings and a hitherto unseen resolve by Central Banks to tame inflation. The U.S. CPI increasing to 8.6 percent, and an unprecedented 75 basis points hike in the Federal Funds Rate, commencement of the Fed’s quantitative tightening and the ECB’s readiness to hike rates were the biggest macro-economic headwinds for digital assets in the month of June.

Overall crypto market capitalization dropped from $1.3 trillion at the end of May, 2022 to $904 billion mark by the end of June.

Among the top 10 cryptos (excluding stablecoins), Ethereum was the biggest loser, shedding more than 45 percent in the month of June. Ether is currently trading at $1,065.86, up 5.5 percent on an overnight basis.

Market leader Bitcoin followed suit with a 38 percent erosion in the month of June. Bitcoin’s current price of $19,503.71 is 3.3 percent higher on an overnight basis.

12th ranked Polkadot (DOT) and 5th ranked BNB(BNB) dropped close to 32 percent while 8th ranked Cardano (ADA) and 9th ranked Solana (SOL) dropped close to 26 percent. 13th ranked TRON (TRX) and 10th ranked Dogecoin (DOGE) suffered losses of 23 percent in the month of June. 6th ranked XRP’s (XRP) losses were lower at 21 percent. 14th ranked UNUS SED LEO (LEO), a Centralized Exchange token is the only crypto in the top 100 to have gained in prices in the past month.

Will the crypto market rebound in July to let the bygones of June be bygones? Crypto markets would be wishing it were so.