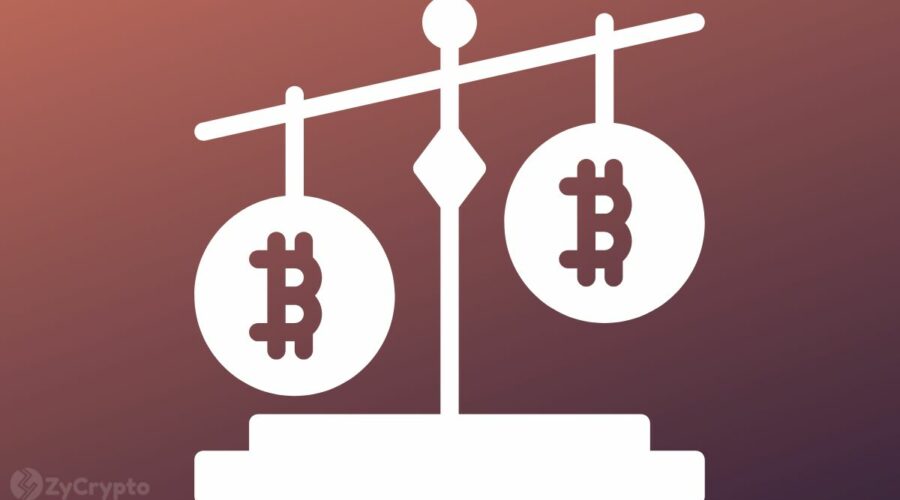 Despite breaking crucial support at $20,800 and burrowing in, Bitcoin managed to recover and maintain its guard above the $20k physiological area for most of the week. Last week, the top cryptocurrency attempted to make a comeback after a devastating sell-off on the 19th of August but managed to only tap $21,800 before plunging further.

For the past four days, Bitcoin has been hovering between $20,500 and a multi-week low of $19,500 even as the Fed’s hawkish stance and soaring inflation in Europe continued to weigh down on investors. Currently, most fundamental metrics continue to suggest short-term weakness for Bitcoin with investors looking for exit liquidity at every available opportunity.

According to the report, Bitcoin investors are still stuck in a loss streak-realizing about 220M/ day in net losses. However, the situation has improved compared to recent multi-billion capitulation events.

A quick review of the SOPR metric also shows that things do not look rosy. The SOPR helps users discern the average profit or loss multiple on spent coins. Currently, the Adjusted SOPR remains below the 1.0 value after retesting it and turning south last week. This rejection is also reflected in the mid-august sell-off.

“The recent sell-off was initiated after a convincing underside retest of 1.0 at a time where prices reached above $24k. Rejection from this level largely confirms weakness lay on the road ahead, as investors took the exit liquidity and spent coins around their acquisition cost basis.” Glassnode added. 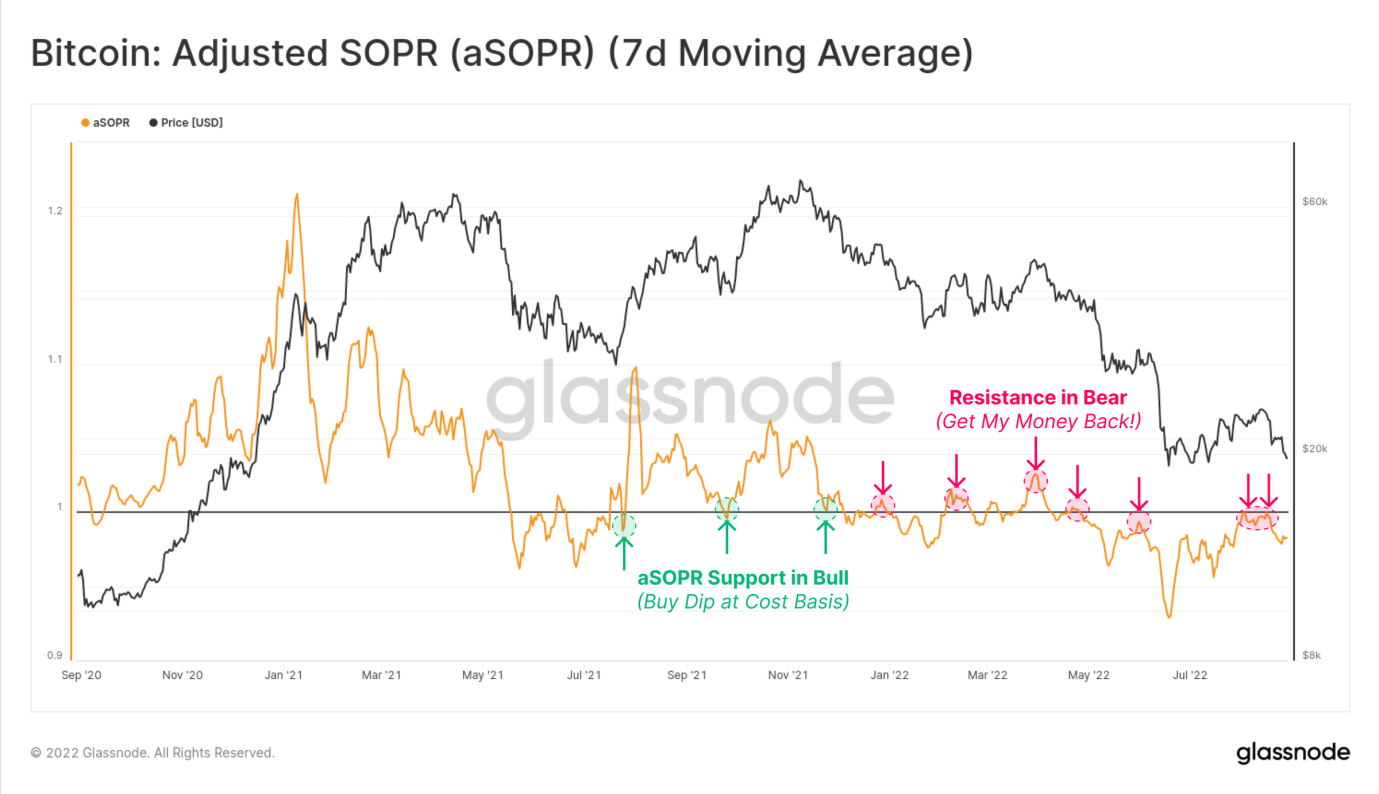 However, the metric has remained in the 0.60 to 0.65 region for several consecutive weeks with long-term holders locking in losses between -35% and -40%. Compared to the -50% peak losses in 2018, this indicates long-term holders are willing to keep their coins in the hope that a move by the SOPR above 1.0 could lead to meaningful recovery by price.

Investors also continue to withdraw their Bitcoins from exchanges, despite prices dropping. According to data from Santiment, the total number of BTC sitting on exchanges is down to just 1.74M marking a systematic decline of over 40% since March 2020. “During downtrends, it is familiar to see long-term hodlers making up a greater percentage of overall supply held.” Santiment wrote on Wednesday. 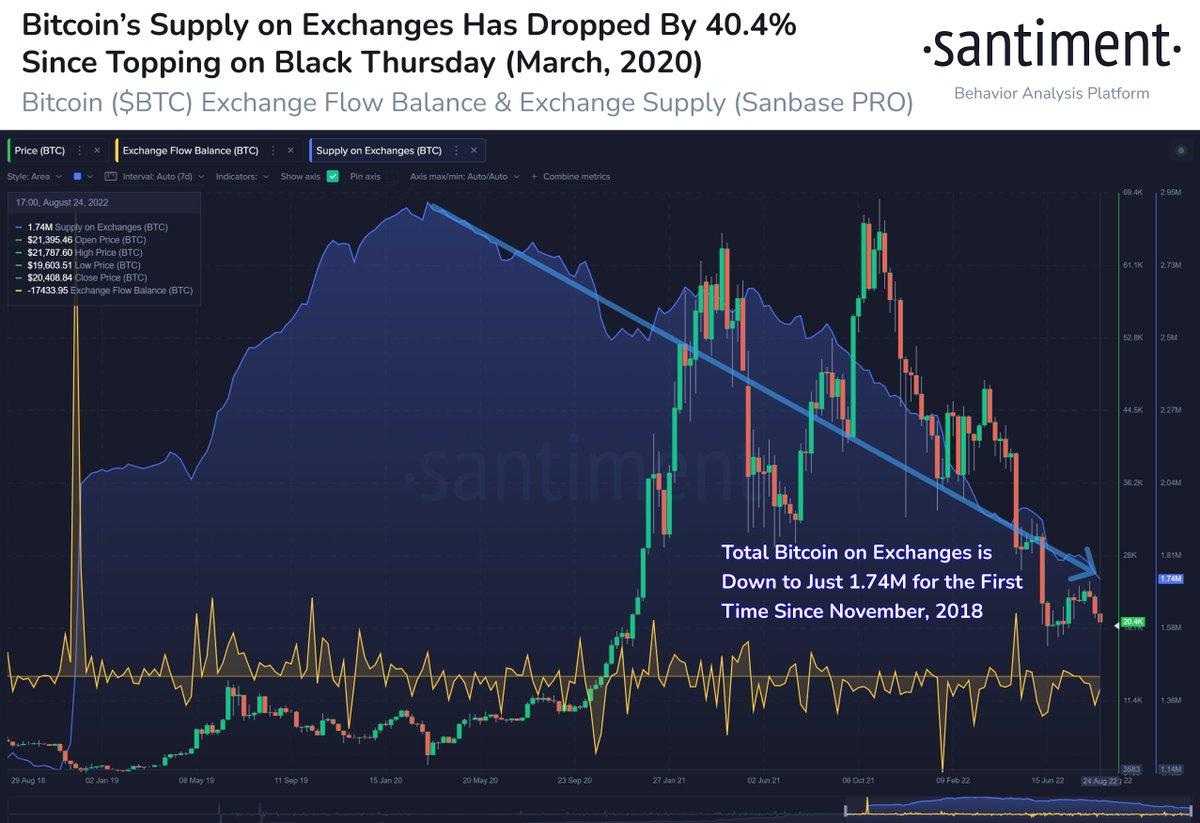 That said, it remains plausible that the crypto market is in its darkest bear phase and that Bitcoin could see a sustained uptick if fundamentals turn green. As of writing, Bitcoin was trading at $20,101 after a 0.71% increase in the past twenty-four hours.

02/09/2022 Bitcoin Comments Off on Bitcoin Struggles To Stay Above $20,000 As BTC Balance On Exchanges Hits Critical Low
Markets