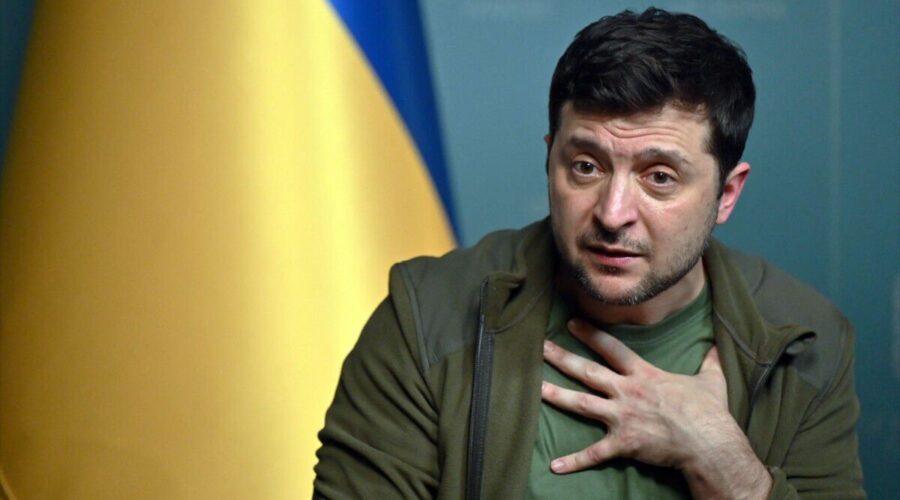 Ukraine: Britons discuss their thoughts on the UK's involvement

Russia’s military outnumbers those of its enemy 20 to one in artillery and 40 to one in ammunition. Now, up to 100 Ukrainian soldiers are being killed a day in the Donbas, where fighting is currently concentrated. These findings form part of a new report, seen by the Independent, by intelligence officials not from Russia but from Ukraine and the West.

It highlights “a seriously demoralising effect on Ukrainian forces as well as a very real material effect; cases of desertion are growing every week”.

But the report by Ukrainian and Western officials lays bare many of the difficulties faced by those fighting for Ukraine, including that their artillery is restricted to a range of just over 15 miles while Moscow’s forces can fire from 12 times that distance, and the “dominance” of Russian aircraft in the air.

It sone light on “a situation of absolute inequality on the battlefield”.

During his second Kyiv-based meeting with Volodymyr Zelensky since the start of the war, Boris Johnson pledged further support from the UK on top of the more than £1.3billion already side marked.

Number 10 offered to launch a “major training operation for Ukrainian forces” which could train up to 10,000 soldiers every 120 days, arguing this “would fundamentally change the equation of the war”.

But the new report highlights that many more than 10,000 soldiers are dying every 120 days.

The number of overall casualties will be higher still.

Reports in recent weeks have, however, focussed primarily on the Russian inability to achieve likely war aims as quickly as desired.

Justin Bronk, Editor of the RUSI Defence Systems online journal, this week wrote in the Spectator that Ukraine has inflicted “catastrophic losses on the Russian ground forces”.

It is, however, facing particularly difficulties on the prisoner front, holding 550 to Russia’s 5,600, according to the new report.

This said: “Russians insist on a one-to-one prisoner exchange. This means that under the status quo, 4,500 Ukrainian prisoners may be in Russian jails until there is a peace deal.

“Moscow is likely to use this as a lever to internally destabilise Ukraine unless there is social protection for their families and clear communications.”

NATO Secretary-General Jens Stoltenberg said the current state of play means “we must prepare for the fact that [the war] could take years”.

He urged the West “not [to] let up in supporting Ukraine”.

British officials have privately noted that a long war would benefit the West’s standing, with one senior diplomat quoted by Spectator Editor Fraser Nelson in the Telegraph as saying: “If you look at all the options, our strategic interest is probably best served in a long war, a quagmire that drains [Putin] militarily and economically so he cannot do this again.”

Mr Stoltenberg conceded that the “costs [of this] are high, not only for military support, also because of rising energy and food prices”.

Voters on the streets of Nottingham earlier this month told Express.co.uk the most important cost was that of lives, with some insisting world leaders should be “talking more” in an effort to bring the conflict to an end rather than to stretch it out.