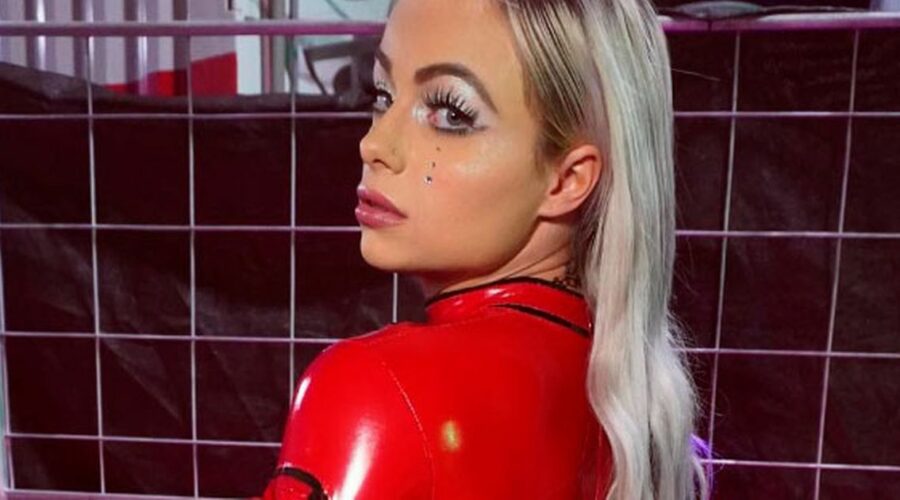 Get the latest wrestling news and takes direct to your inbox

Top WWE star Liv Morgan has called British wrestling fans “so vulgar” – but she loves it and them.

The 28-year-old New Jersey-native was speaking exclusively to the Daily Star just five weeks out from the historic Clash at the Castle show in Cardiff on September 3.

The sports entertainment company is holding the stadium event at the Principality Stadium in Wales – the first time WWE has held such a show in the UK since SummerSlam in 1992.

And there's one thing Liv – the current WWE Smackdown Women's champion – is looking forward to more than anything.

She said: “The UK crowd is the best – the best.

“The best chants, I'm so ready to hear the chants – they're so funny, so great and they crack me up.

“I am so ready to just hear what they've got.”

Before Liv gets to Cardiff, she has to defend her championship against the former UFC Women's Bantamweight Champion-turned-wrestler Ronda Rousey.

(Non-wrestling fans, watch the video at the top of this interview for that to make sense!)

It was Liv's first title win, and something fans worldwide had been calling for for a long time.

And even now, it's something Liv still hasn't quite got her head around.

She told The Star: “The feeling has not worn off – not even a little bit, not a smidge.

“I'm feeling it at all times, every second of the day, and I just want to keep going.

“It's a feeling beyond words.

“It also feels weird to a degree – I've been laser focussed my entire life on getting to WWE and being successful.

“It's a feeling of total fulfilment and disbelief of what are my next goals and what do I do now that I've accomplished a journey of a lifetime.”

Since debuting in WWE's NXT brand in 2014 under the name of Marley, Liv, whos real name is Gionna Daddio, has always been a fan favourite.

Her time in NXT was spent mainly as an underdog who the fans constantly rooted for, and it remain the same when she joined the main WWE roster as part of The Riott Squad in 2017.

But it was when the group – which featured current All Elite Wrestling star Ruby Soho (then Ruby Riott) and Sarah Logan – split in 2019 that she grew into her own.

And the journey since then has been about her struggle to overcome the odds time and time again, with the fans remaining firmly in her corner the entire time.

But what is it about her that has seen her develop one of the most loyal fanbases – which includes pretty much the entire WWE locker room – in all of wrestling?

“I grew up with the fans, whether they were watching me or growing with me.

“They saw me going from a girl that people thought wasn't going to do anything in this business to Smackdown Women's champion.

“Not everyone can relate to being the strongest or the best, but people can relate to trying your absolute best, working hard and achieving your dreams.

“It didn't come easy – I'm not the strongest or the toughest – but I worked unbelievably hard to accomplish this and I know that a lot of people do resonate with that.”

Liv had high praise for the UK's wrestling scene.

Citing Scotland's Alba Fyre – formerly known as Kay Lee Ray – as someone she wants to take on in the ring, she admitted that she was looking forward to checking out some of the independent shows when she's in Cardiff in September.

She said: “I love wrestling, and the UK scene is a huge staple in general and I want to check out anything I can.

“I'm just excited to go and be apart of this historic event.

“I love Alba – she's so strong and fearless.

“She is everything that excites me about WWE and I'd love to work with her one day.”

Liv Morgan talks to us ahead of Clash At The Castle, the UK’s first major WWE stadium event in over 30 years, taking place at the Principality Stadium in Cardiff on Saturday 3rd September.

To get more wrestling news, exclusive interviews and opinions, sign up for our free Piledriver Wrestling Newsletter email here.