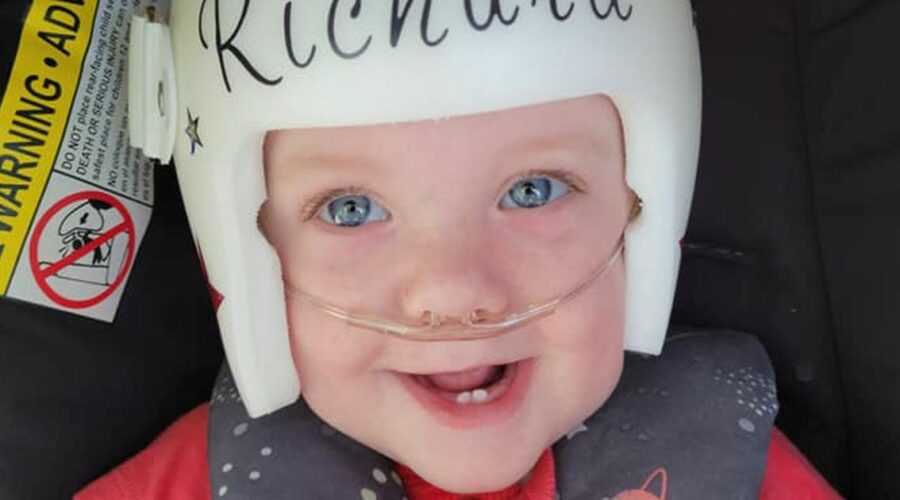 The world's most premature baby ever born has defied the odds to celebrate his first birthday, something doctors were not sure was possible.

American Richard Hutchinson was born prematurely after just 131 days and registered a minuscule 340g on the scales.

Baby Richard had so much up against him but by reaching his first birthday he enters the Guinness Book of World Records as the most premature baby to survive, reports The Sun.

When he was born his hands were no bigger than his mum's fingertips, his eyes were still fused shut and incredibly his blood vessels could be seen through his fine skin.

Against all the odds parents Beth, 36, and Rick, 40, were able to take baby Richard home after six months but medical experts at the Children’s Minnesota Hospital still prepared the family for the worst.

At home in Somerset, Wisconsin, Richard continues to make excellent progress and has begun to crawl.

In other news, in Manchester, a woman who was completely unaware she was nine months pregnant gave birth on her bed after a night out with her family.

Georgia Crowther, 20, was totally oblivious to the fact that she was pregnant with her second child when she started suffering from stomach cramps last Saturday, August 14.

She had returned home from a family dinner with her partner of four years, Calvin Home, 27, and had gone to bed when she woke up in excruciating pain at around 3am.

When she called for an ambulance, she was told that it would take six hours to arrive.

Georgia remained in bed while Calvin looked after their two-year-old daughter downstairs – and when he went back up to check on his partner, amazingly she was cradling a baby boy.