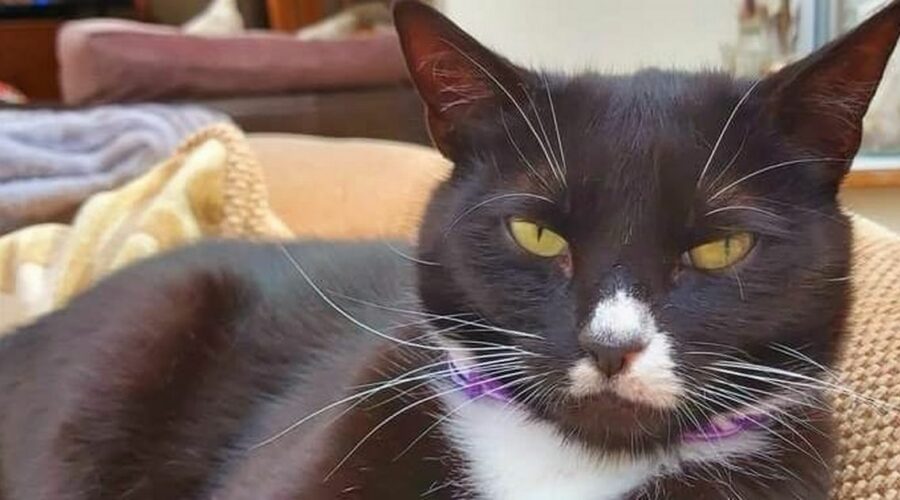 A woman whose cat was hanged from a tree in her neighbour's garden by a washing line "which had been knotted purposely" has said she's "too scared" to let her other pets out while the monster killer is still roaming the streets.

The "utterly despicable" and senseless killing took place in Wythenshawe, Greater Manchester on June 21 and police have "drawn a blank", meaning the killer is still on the loose.

Distraught owner, Tracy McCormick, was called to her neighbours’ home where the harrowing discovery was made.

READ MORE: Mum begged for police protection days before she was 'burned to death by ex'

She was walked to the back garden to find 10-year-old Jack, a rescue, "stiff with his tongue hanging out" dangling from a washing line attached to a tree.

She believes the shy rescue cat, who was "loving", was seized by the perpetrator as he was usually timid in the company of strangers.

Tracy took Jack on as a kitten nearly a decade ago after he and his siblings were found in a neglected state.

“Whoever did this did it deliberately as the line was wrapped around him and tied with three knots. It took all my strength to get it off him, but he would have fought, that’s for sure," she previously said.

Now, she has told the Daily Star that she is afraid to let her two other cats and a miniature pinscher dog out, for fear of a similar attack on their usually quiet new build estate.

Describing the moment she found Jack, she said: "She (the neighbour) heard me calling him in the morning and said he was in her garden and she thought he was dead.

"I ran around and found him in her tree and just screamed. I grabbed him and untied the line he was hanging from and it took me all my time to undo all the knots, it's was unbearable to see him hanging there!"

Tracy, who is soon moving to Hastings, East Sussex added: "I've got two other rescue cats who are not allowed to go out since this happened."

"It's horrible being in the garden right next to were it happened."

Tracy said her husband took Jack's remains to the RSPCA, who still have him while she raises funds for him to be cremated.

Greater Manchester Police said: "Officers investigated the incident, making CCTV enquiries and house to house calls but unfortunately no one reported having heard or seen anything in relation to the cat.

"Due to no further lines of inquiry this case was closed pending any further information coming to light."

If anyone has any information or CCTV footage that may be of assistance they are asked to call the RSPCA appeals line on 0300 123 8018.