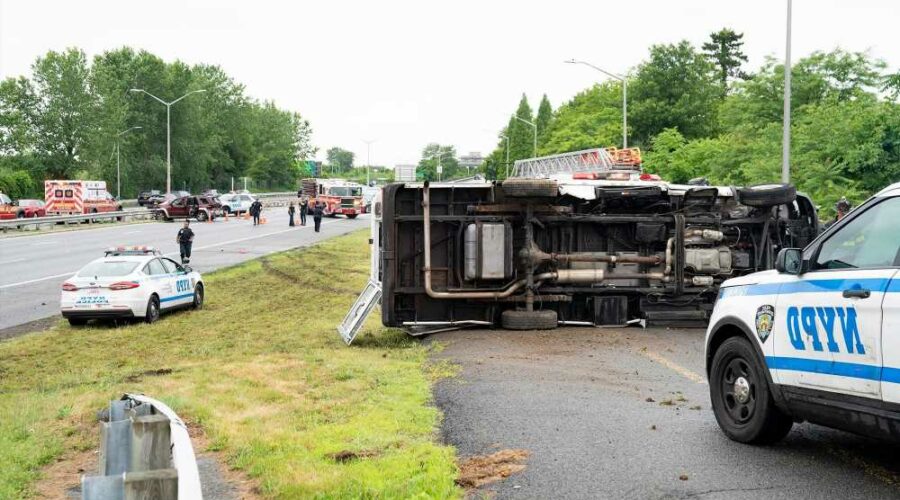 A 20-year-old woman is dead and two men were hurt after an SUV and Access-a-Ride van collided on the Belt Parkway, police said.

Police said the woman was a passenger in a Chevy Red Trailblazer that lost control and collided with a 2019 Ford Access-a-Ride van. The impact caused the van to overturn, and sent the Trailblazer into a guard rail, cops said.

The woman, who was ejected from the vehicle, suffered “severe head and body trauma” and was pronounced dead at Brookdale Hospital.

The driver of the Trailblazer, a 20-year-old man, and 60-year-old driver of the van, which was not carrying passengers, were also taken to Brookdale with minor injuries, authorities said.

The names of the victims were not publicly released pending family notification, an NYPD spokesman said.

One police source said the SUV had been rear-ended by the van.

The NYPD’s Collision Investigation Squad is probing the crash, the police spokesman said.