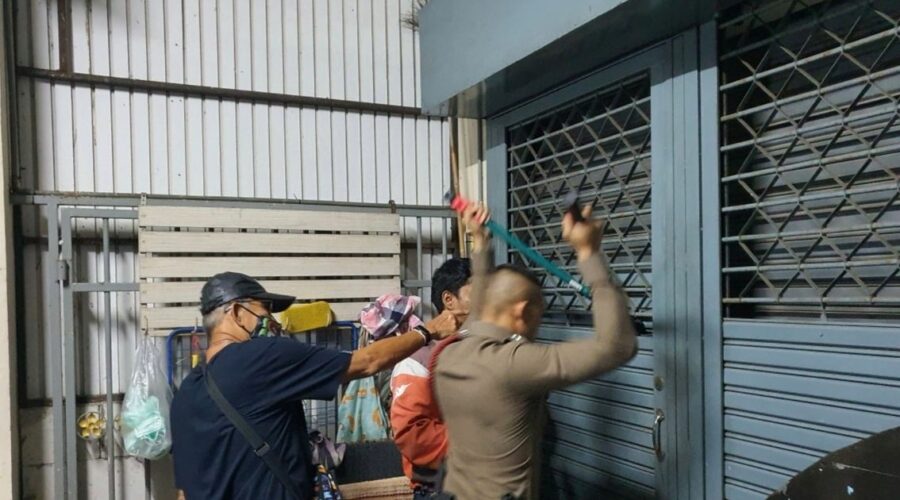 Police have rescued a woman who went missing after she got locked inside her own toilet for days on end.

The woman believed she would die after being unable to escape from the enclosed space when the doorknob broke in Bangkok, Thailand.

Members of Phra Khanong police were eventually led to the woman when a missing person report was filed for her.

READ MORE: Dad who murdered teen who refused to sleep with him at boozy Christmas party jailed

Her sister went to authorities to report her absence on Thursday, after she found it strange not to have heard from her since Monday.

The woman, who had days to herself in the claustrophobic environment, had even begun preparing notes in case she didn’t make it out.

Using cream to write on the walls, she said: “I’ve been drinking tap water to stay alive, and if it runs out, I will probably die.

“I’ve been screaming for help, but no one has arrived.”

Police found the gate to the woman’s house locked and had to break in using pliers.

It wasn’t until they reached the third floor of the pad that they discovered her screaming.

Officials told the woman’s family to take her to hospital, Coconut reports, although she was said to be in good condition.