THERE are several MPs in the run to replace Boris Johnson as Prime Minister.

One of those ministers is Suella Braverman. Here's everything you need to know about the MP.

Who is Suella Braverman?

Suella Braverman is a Tory MP for Fareham, Hampshire and an Attorney General for England and Wales.

Born in Harrow to a Kenyan mother and Mauritian father, she grew up in nearby Wembley.

She studied Law at Queens' College, Cambridge, and completed a Master's in European and French Law at Pantheon-Sorbonne University.

During her undergraduate studies, she was President of the Cambridge University Conservative Association. 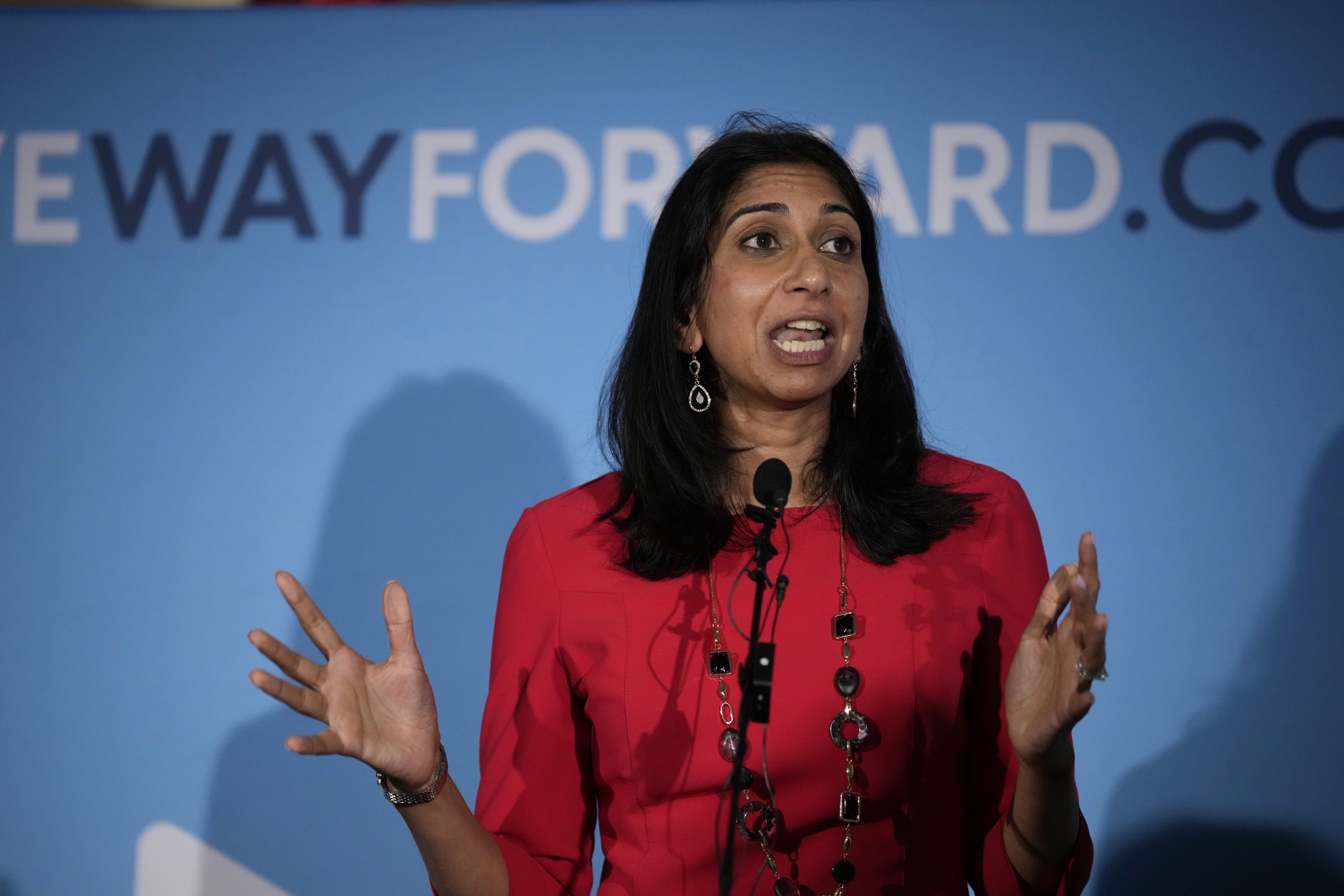 What roles has Suella Braverman worked in?

Braverman has been involved in different aspect of the Parliament.

Her first committee membership came in 2015, when she was part of the Education, Skills and Economy Sub-Committee.

She also made part of the Education Committee and of the Draft Investigatory Powers Bill Joint Committee.

Then in 2018, she moved on for a Government post, her first one being the Parliamentary Under-Secretary for the Department for Exiting the European Union.

She then joined the Attorney General's Office in 2020, and has been in that position ever since.

Suella Braverman was the first Conservative to confirm her running for Prime Minister.

She was known to be a huge ally of of Boris Johnson but then said: "Circumstances have dramatically changed in the last 48 hours."

Mr Peston asked Braverman on ITV whether she thought about running and she responded: "I'll be honest with you, Robert.

"I love this country; my parents came here with absolutely nothing.

"It was Britain that gave them hope and security and opportunity, and this country's offered me incredible opportunities in education and in my career.

"I owe a debt of gratitude to this country and to serve as prime minister would be the greatest honour, so yes, I will try."

She went on to speak about what she will be looking at working on if she is elected as the next Prime Minister.

Braverman added: "I think fundamentally we need to deliver some proper tax cuts so that people can be living with the cost of living challenges in a more feasible way.

"We need to solve the problem of boats crossing the channel.

"We need to make sure Brexit opportunities are felt across the country.

"And finally, we need to get rid of all this woke rubbish and actually get back to a country where describing a man and a woman in terms of biology does not mean that you're going to lose your job."

How did Suella Braverman vote on Brexit?

Braverman is a Brexiteer and said that leaving the EU "would best serve our national interest."

Is Suella Braverman married and does she have children?

The Tory MP married Rael Braverman in February 2018 at the House of Commons.

Over 100 people attended the celebrations and then the couple went on to have two children together.