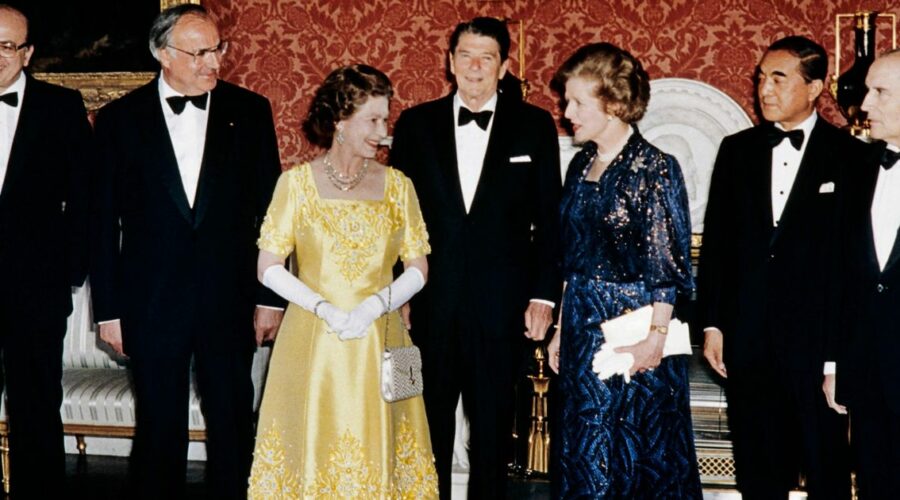 From Winston Churchill to Liz Truss, the Queen's 70-year reign meant she held weekly audiences with 15 prime ministers whilst on the throne.

Nobody would have foreseen that she would only formally meet the latest incumbent of No 10 once – just two days before her death on Thursday.

And how that relationship would have panned out is anybody's guess – with Truss a former teenaged republican.

In all likelihood, we might never have got to find out anyway with the Queen having never officially spilled the beans on what went on behind closed doors during her meetings with the many varied head of governments. Fortunately, though, when judging which ones were her favourites and which she was less keen on, there have always been a significant number of royal insiders and political figures happy to break confidences and pass on tit-bits or rumours.

So, from what we've heard and been told, here is a rundown of how the Queen got on with some of them following her succession of George VI in 1952…

War hero Churchill was almost 80 when Elizabeth, 25, was crowed Queen and had an affection for her that was similar to that shown by a grandfather.

Both enjoyed the weekly meetings so much that they could go on for two hours and were often punctuated by laughter, as well as horse-racing gossip.

One courtier confided that "Winston generally came out wiping his eyes."

And, when asked decades later which of her prime ministers she most enjoyed meeting, the Queen reportedly replied: "Winston, of course, because it was always such fun."

In return, Churchill told a friend that "all the film people in the world, if they had scoured the globe, could not have found anyone so suited to the part (of the Queen)".

One Nation Tory Macmillan had a strong rapport with the sovereign.

She was known to look forward to his tales of political gossip and he wrote in his diary about being "astonished by her grasp of detail" and finding her "not only very charming but incredibly well informed".

When he had to resign due to ill health, the Queen was reportedly in tears.

The first Labour PM of the Queen's reign, Wilson was the son of an industrial chemist from Huddersfield and very different from his two Conservative predecessors.

But the pair seemed to hit it off straight away and, as with Churchill, the audiences regularly stretched to two hours.

Once, he was even invited to stay for drinks and, as an avowed monarchist, he ensured his Labour colleague Tony Benn’s attempt to take the Queen’s head off Britain’s stamps never saw the light of day.

Wilson was also said to have informed the Queen of his intention to resign while she was washing the dishes at Balmoral.

The monarch's affection for him then appeared to be demonstrated by the fact that she attended a farewell banquet at Downing Street with his political colleagues.

Only Churchill had been afforded that compliment before. The Queen's second Labour PM, Callaghan, was another who enjoyed an excellent rapport with Her Majesty.

A patriot who had served in the Royal Navy and was the son of chief petty officer, Callaghan recalled a time when he asked the Queen's opinion on a troublesome policy dilemma and, with a smile, she replied: "That’s what you’re paid for!"

Callaghan also presided over the Silver Jubilee of 1977 and bought her a silver coffee pot.

Showing his immense respect for the sovereign, reviewing the fleet from the Royal Yacht Britannia during the jubilee celebrations, he also declined an invitation to take the applause with her.

"It was the Queen everyone had come to see, not me," he wrote.

The Queen’s first female prime minister was a big fan of the monarchy, but relations between the two women were believed to be frosty.

Buckingham Palace sources claimed the Queen was unsettled by the rise in unemployment and urban rioting during Thatcher’s first term and, in 1986, a front-page story in the Sunday Times reported that Her Majesty was "dismayed" by her "uncaring" prime minister in reference to Thatcher’s opposition to sanctions against South Africa.

One insider, though, declared: "They were not friends, but there was huge respect for the job of one and the role of the other."

The Queen is also said to have reduced Thatcher to tears with her kind words when she tendered her resignation at Buckingham Palace.

Lord Powell, Thatcher’s foreign affairs adviser, meanwhile, said of Thatcher’s 80th birthday party: "I can recall the Queen gently taking Mrs Thatcher by the hand and leading her around the room, talking to guests. Margaret by then was becoming more confused and forgetful, so it was an extraordinary gesture.

"Later, when the Queen came to say her farewells, Lady Thatcher replied that she should leave, too. At which point Her Majesty said gently: 'Perhaps you ought to stay Lady Thatcher – it is your party'."

The Queen's relationship with the New Labour moderniser was never easy and his insistence that the Royal Family returned from Balmoral to face the public after Princess Diana was killed would not have gone down well.

Nor was Her Majesty said to be enamoured by his efforts to stage-manage parts of the funeral.

Blair also got short shrift when he attempted to link arms with the Queen during Auld Lang Syne at the Millennium Dome New Year's Eve celebrations of 1999.

The Conservative PM who oversaw votes on Scottish Independence and Brexit – resigning after the country voted to leave the EU – endured a strained relationship with the Queen according to most in the know.

A low point came when Cameron told the former mayor of New York that the Queen, who was always at pains to be perceived as neutral in such matters, "purred down the line" on hearing the Scots had voted to remain as part of the UK.

He apologised, but such a betrayal of trust would not have been forgotten or perhaps, even, forgiven.

With a turbulent private life and chaotic personality, the Queen's penultimate PM never looked like being a Palace favourite.

Applying pressure on the sovereign to prorogue Parliament so he could force through his Brexit plans probably didn't help relations between the pair.

But any respect the Queen had for Johnson must have been tested to the limit when he was forced to apologise to Her Majesty, admitting it was "deeply regrettable" that a gathering took place at No 10 "during a time of national mourning" on the eve of Prince Philip’s funeral, when Covid-19, social distancing restrictions were in place.

The Queen’s 15th and final prime minister, Truss, flew to Balmoral – in a break with tradition – to kiss hands on Tuesday.

Despite Truss having been outed as a former republican as a teenager, the meeting appeared to go well with smiles all around and no real suggestion then of the sad news that would follow two days later.

You can leave your tributes to Queen Elizabeth II here.