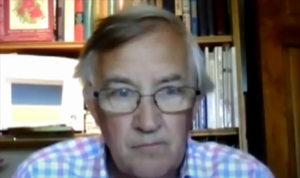 Ukraine: 'Russia has got to be confronted' says Sir Howarth

Sir Howarth, an ex-defence minister, explained why President Vladimir Putin must be stopped this time with journalist Julia Hartley-Brewer.

The ex-defence minister discussed Putin’s previous invasion of Neighbouring Georgia, and how he has been allowed to get away with such actions.

Sir Howarth claimed Russia needed to be confronted and that each day the West delayed was making it more challenging for everyone.

The Russian President has been raging a bloody war on Ukraine for over four months, and there are no signs of it ending as peace talks between both countries have been halted.

Ms Hartley-Brewer said: “Severodonetsk being lost, you know a city in which the battle has raged for the last month or so, being lost to the Russians over the last few days.

“We are at yet another critical point in that war.”

Sir Howarth told Talk TV: “We are indeed, the mantra has been a very commendable one, which is that we cannot allow Russia to succeed.

“We have already allowed them to succeed twice before, once in Georgia where they ceased part of Georgian territory. 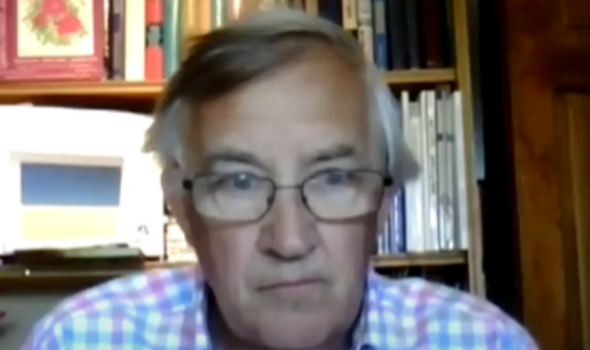 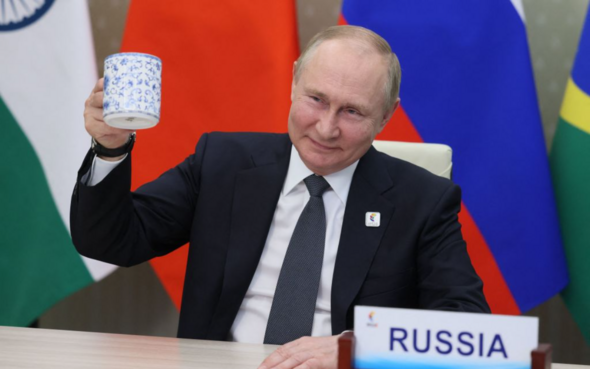 Sir Howarth added: “And then in 2014 when they ceased Crimea, the writing was on the wall, we ignored it.

“We’ve been complacent, we’ve been naive we’ve failed to think of the unthinkable.

“The unthinkable has happened, people need to start thinking the unthinkable now! And it is imperative that we continue to provide whatever military equipment we can.

“But I’m afraid to say, Julia, that at the end of the day Russia has got to be confronted and each day that we delay in making that decision is making it a greater challenge for us all.”

NATO-aligned countries have been threatened by Russian President Vladimir Putin since the start of the onslaught.

This has not stopped Western countries from supplying Ukraine with weapons and much-needed aid to help them push back on the Russian invasion.

On British Prime Minister Boris Johnson’s latest visit to Kyiv to meet with Ukraine’s President Volodymyr Zelensky, he vowed to do more.

Mr Johnson has also given Ukraine £300m more in funding.

DON’T MISS:
Covid: The texture of phlegm may be ‘at the heart’ of ‘severe’ and ‘long’ Covid infections [SPOTLIGHT]
Calm down! US abortion decision is just democracy working – CHRISTOPHER SMITHERS [COMMENT]
We must show no sign of weakness on Ukraine [COMMENT] 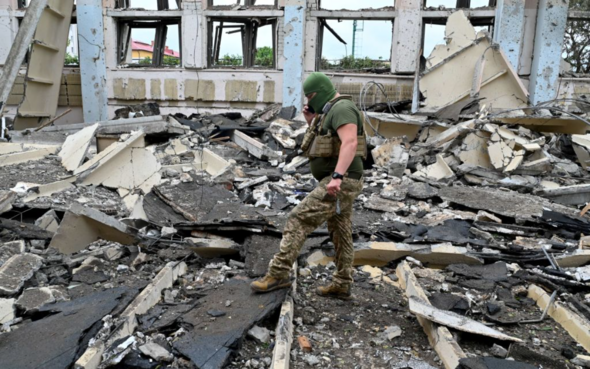 Mr Johnson said: “My visit today, in the depths of this war, is to send a clear and simple message to the Ukrainian people: the UK is with you, and we will be with you until you ultimately prevail.

“As Ukrainian soldiers fire UK missiles in defence of your nation’s sovereignty, they do so also in defence of the very freedoms we take for granted.

“Two months on from my last visit, the Ukrainian grit, determination and resilience is stronger than ever, and I know that unbreakable resolve will long outlive the vain ambitions of President Putin.”