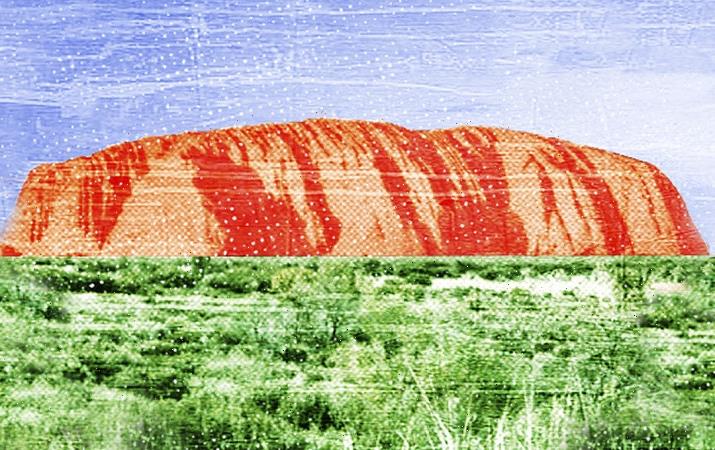 The arc of history bends slowly towards justice but, 15 years on from the national apology to Indigenous people, it’s time to walk the next steps in the long journey to reconciliation. There has already been too much delay since Indigenous leaders signed the Uluru Statement from the Heart five years ago.

I’m not exactly a radical when it comes to the business of constitutional change. While hardly perfect, the basic machinery encoded in our nation’s founding document has served us well. For this reason, Prime Minister Albanese’s proposed constitutional amendments achieve the right balance between our existing arrangements and what is needed for respectful consultation for the future. 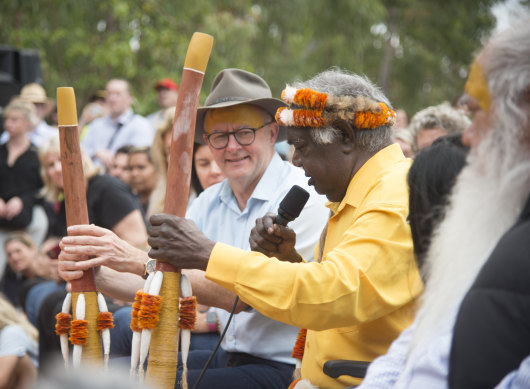 Anthony Albanese at the Garma festival in East Arnhem Land in July.Credit:AAP

The PM’s proposals recognise the indisputable history that this continent was previously occupied by Indigenous Australians. They establish with absolute clarity that the composition, functions, powers and procedures of the new Aboriginal and Torres Strait Islander Voice will be determined and modified by the parliament. And they are plain that the Voice’s only constitutional power will be to advise on, not to veto, decisions of parliament and the executive. In summary, they enshrine the primacy of parliament while answering the call for recognition that is both symbolic and substantive.

Although these are modest proposals, we still have bad actors like Tony Abbott screeching that such amendments would “change our system of government” by establishing the Voice as “part of our parliament”, and enable “judicial intervention” to strike down laws.

On both counts, Abbott is wrong. It speaks volumes that his most trusted Indigenous adviser in government, Noel Pearson of the Cape York Institute, has strongly endorsed Albanese’s proposal. Like on climate action, Abbott seems determined to stoke anxiety and fear.

Abbott has form. When Paul Keating responded to the Mabo decision by introducing the Native Title Act, Abbott accused Keating of “playing with fire” and inviting a “national identity crisis”. When John Howard refused to apologise to the stolen generations, Abbott praised Howard for resisting the “republic of bile”. Abbott now admits he was wrong on both.

Today’s debate is reminiscent of the mindless controversy before I delivered the apology in 2008. It was viciously attacked by many of those now lining up against constitutional recognition. Their four basic arguments are unchanged, but they are as intellectually fraudulent as ever. 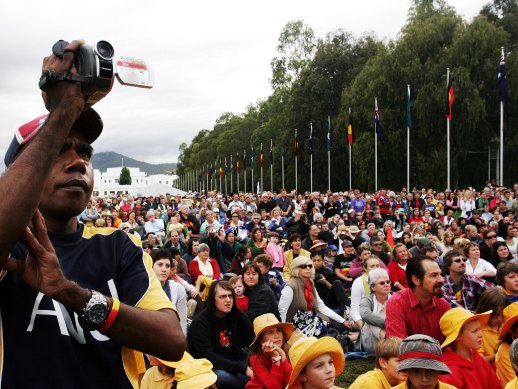 First, they deride the change as “gesture politics” that will achieve nothing. In the apology’s case, they ignore how it provided a bipartisan launchpad for Tom Calma’s closing the gap framework. Progress has been slow – not least because Abbott’s first budget slashed $550 million in investments in Indigenous opportunity – but significant gains have been made in child mortality, education and employment outcomes. The apology also began healing the wound left by Howard’s decade-long refusal to apologise.

Decision-making would be vastly improved by the Voice as an authoritative representative body to inform Canberra about the on-the-ground reality in local communities. It would be, as the PM says, an “unflinching source of advice and accountability” holding politicians’ and bureaucrats’ feet to the fire to ensure better outcomes for communities and best value for all taxpayers. Canberra’s handful of hard-working Aboriginal MPs cannot represent such diversity, and it’s unfair to expect that from them.

Second, they call for “more detail”. Before the apology, I faced weeks of demands to publish the full wording along with confidential policy advice. There was nothing earth-shattering there. Many just wanted material they could misrepresent for political effect – standard procedure in Tory politics.

Critics now demanding the government detail how the Voice would function ignore the fact that, because of the government’s conservative approach, this is not for the Labor Party to dictate. It is for successive parliaments to design and refine how the Voice makes its recommendations through processes that reach across the partisan divide. And they will be informed by the extensive 269-page report produced under that infamous radical, Scott Morrison. A more prescriptive referendum is exactly the sort of radical change that conservatives should oppose.

Third, they raise fear that the change is unworkable or even dangerous. For example, the week before the apology, Peter Dutton was claiming it could cost taxpayers billions in compensation, despite this claim having been debunked by John Howard’s own attorney-general. This was classic Dutton and designed only to engender anxiety and fear.

Abbott’s dystopic vision of a three-chambered parliament, activist judges overruling parliament and lawyers lining their pockets is similarly fanciful. Albanese could not be clearer: the Voice is “not a third chamber, not a rolling veto, not a blank cheque”. Abbott, like Dutton, is misleading the public for political ends.

Fourth, they claim it will be “divisive”. The critics told the apology would rip the country apart because non-Indigenous Australians, who take pride in their forebears’ achievements, would not acknowledge what those forebears might have gotten wrong. The apology actually united Australians, rather than dividing them. It was a cathartic opportunity for all of us, whatever our origins. When it was done, most people were left wondering what all the fuss was about.

The arc of history, as it has been described, does indeed bend slowly. But unhappily for Dutton and Abbott it will continue to bend because Australians are fundamentally decent.

The Opinion newsletter is a weekly wrap of views that will challenge, champion and inform your own. Sign up here.