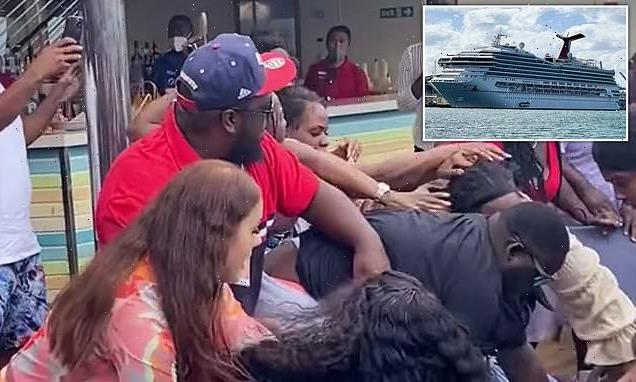 All hell broke loose poolside on board a Carnival Cruise ship earlier this month.

A shocking new video has emerged showing two groups involved in a verbal altercation by the Tides Bar beside the swimming pool on board the Carnival Sunrise ship.

The verbal dispute, that involved some pushing and shoving, eventually turns extremely violent.

The violence culminates with a man pummeling a woman while she’s on the ground and he leans over her.

The fight goes on for at least a minute before members of the cruise line’s security team begins to intervene and separates the groups as the shouting continues.

According to the woman originally posted the video on TikTok, Laura Bryant, who coincidentally works as a 911 dispatcher, the fight was over ‘a seat and personal space.’ 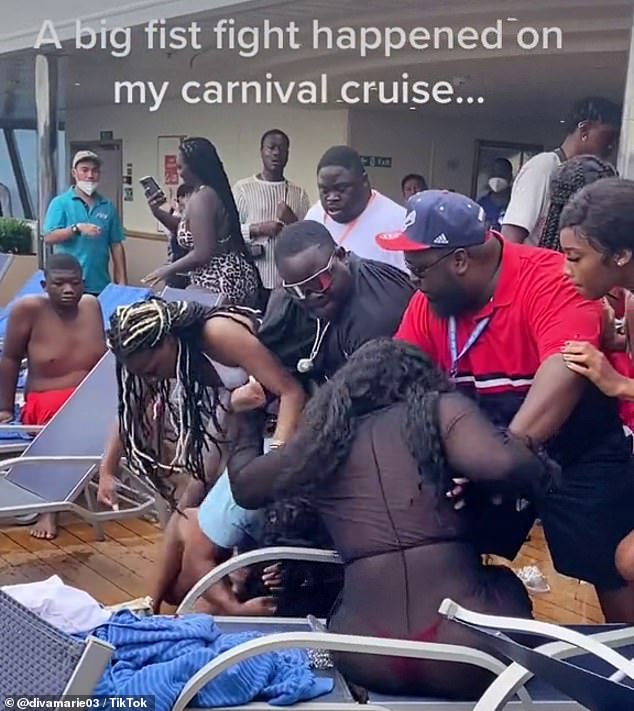 At one point, Bryant can be heard commenting that a woman lost her wig in the melee.

Bryant said that the brawl took place on Friday September 9. It’s not clear where exactly the ship was when the fight broke out.

Records show that the Carnival Sunrise made stops in Ocho Rio, Jamaica, Grand Cayman Island and Miami, Florida, around the time that beating took place.

One person who witness the incident commented on the post saying: ‘All I know is, I was filling my cup up with lemonade then boom, they were knuckin’ and buckin’… you just had to be there.’

While another commenter said: ‘The Cruise lines need to implement harsh punishment for those who get into altercations. These videos are hurting the cruise industry from attracting new cruisers, and possibly turning avid cruises away as well.’ 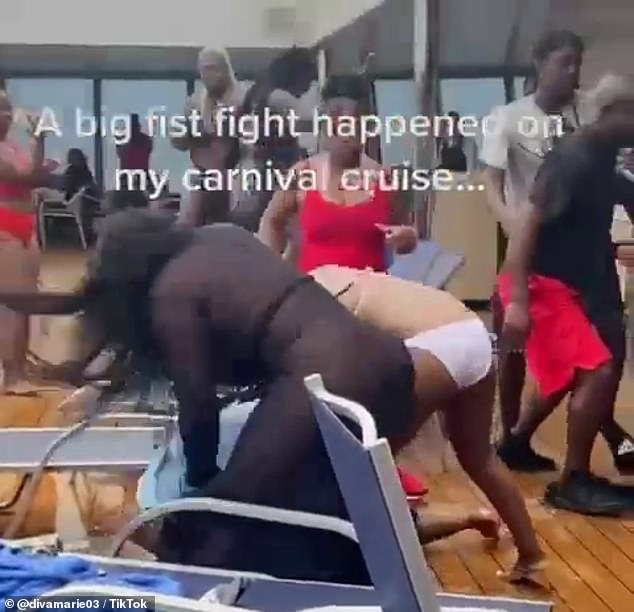 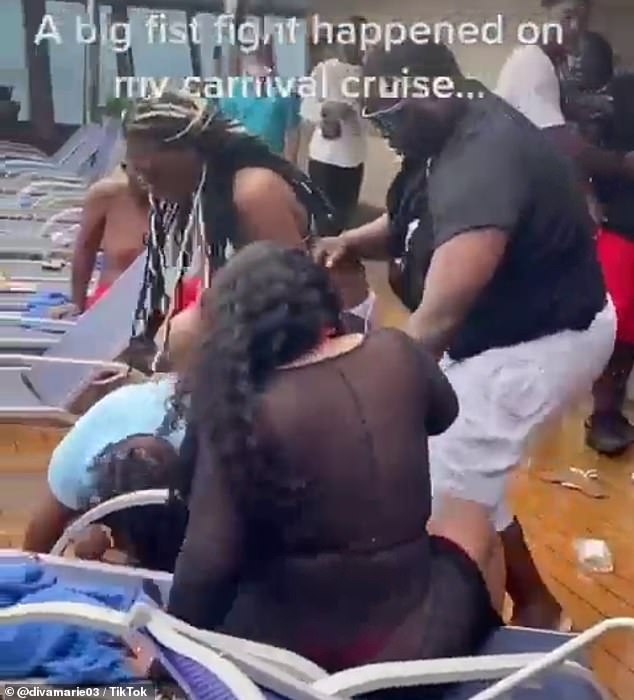 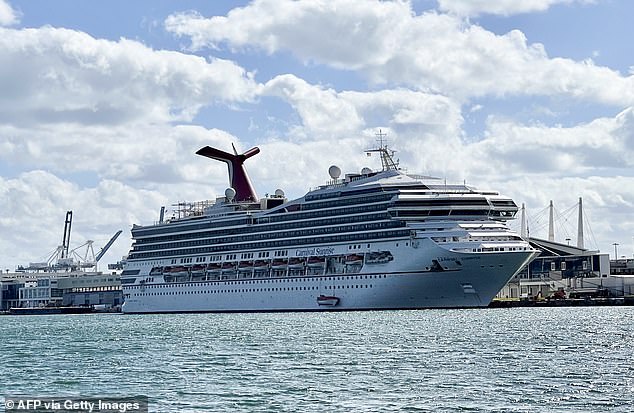 The Sunrise has been part of the Carnival fleet since October 1999. The ship can carry 3,000 passengers in addition to a crew of 1,100

Several other commenters blamed the excessive alcohol served on board while another referred Carnival as the ‘Spirit Airlines of the sea.’

The Sunrise has been part of the Carnival fleet since October 1999. The ship can carry 3,000 passengers in addition to a crew of 1,100.

According to the Carnival Cruise code of conduct, ‘disruptive behavior is not tolerated and any guest whose conduct affects the comfort, enjoyment, safety or well-being of other guests or crew will be disembarked at their own expense and banned from sailing on Carnival in the future.’

Back in June, a massive brawl broke out on the Carnival Magic as it returned to New York City, prompting the Coast Guard to escort the ship back to dock and the NYPD to open a probe.

The fight began in the nightclub of the Carnival Magic at about 5.20am on the final night of the ship’s eight-day Caribbean cruise with stops in Dominicana, Turks and Caicos, and the Bahamas.

Video of the fracas shows a chaotic scene as dozens of passengers punch and shove each other, while an outnumbered ship security guard tries in vain to break up the fight.

The brawl started as an altercation between two passengers on the dance floor, and cops say it widened into a fight involving as many as 40 to 60 passengers, according to PIX11. No serious injuries were reported.

The brawl took place as the ship approached harbor in New York, but it’s unclear whether the vessel was in New York, New Jersey, or international waters at the time of the fight, making criminal jurisdictional issues murky.

There were no arrests reported reported in the aftermath of the fight, and it was unclear which agency would lead the investigation.

Following the fight, cruise line officials notified the Coast Guard, which launched a boat from Staten Island to escort it to dock in Manhattan, according to WNBC-TV.