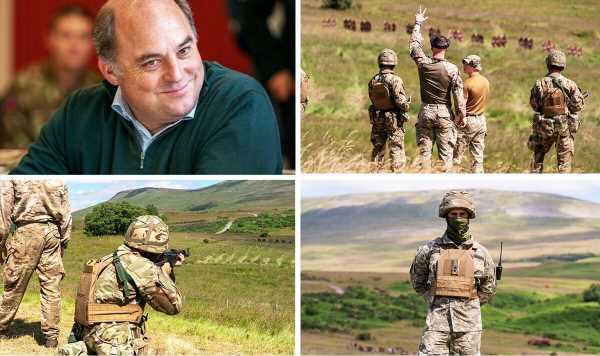 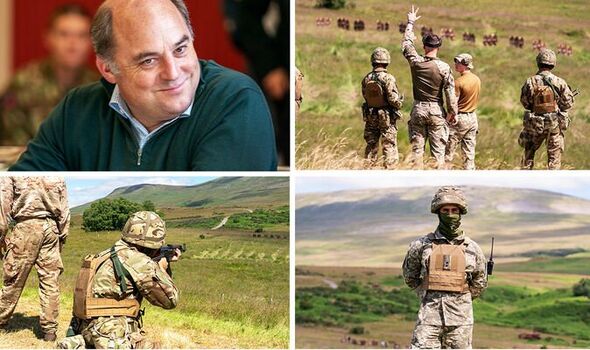 Some 600 Ukrainian soldiers are currently being put through an intensive three-week course by UK military trainers in which they learn some of the essentials needed on the frontline, including vital fighting and medical skills. The group being trained is the first of up to 10,000 Ukrainian servicemen that will go through training in Britain as part of the Government’s latest Ukraine aid package, worth more than £1.3 billion. Addressing concerns over the UK’s backing of the war-torn nation following the resignation of Boris Johnson, Defence Secretary Ben Wallace said on a visit to the military base near Manchester that London will remain “totally committed” to helping Kyiv in its efforts against Russia’s invasion and that the “whole political system is supportive of what we’re doing in Ukraine”. Mr Wallace, who is tipped as a key contender to succeed Mr Johnson at No10, said: “Britain is four-square behind them. “It’s not just one person you know. Not me, not the Prime Minister, it’s the whole effort.”

FOLLOW BELOW FOR LIVE UPDATES ON THE WAR IN UKRAINE

Around 1,050 UK service personnel have been deployed to run the UK-led military programme, which will see Ukrainian soldiers being trained by British forces at MoD sites across the North West, South West and South East of the country.

The first cohort met with Defence Secretary Ben Wallace on Thursday at the Manchester base.

Mr Wallace said: “This ambitious new training programme is the next phase in the UK’s support to the Armed Forces of Ukraine in their fight against Russian aggression.

“Using the world-class expertise of the British Army we will help Ukraine to rebuild its forces and scale up its resistance as they defend their country’s sovereignty and their right to choose their own future.”

The training will give volunteer recruits with little to no military experience the skills to be effective in frontline combat.

The Government has also procured AK variant assault rifles for the training scheme, meaning Ukrainian troops can train on the weapons they will be using on the frontline.

This was supported by the Welsh Guards, who tested more than 2,400 such rifles in 17 days to ensure they were ready for the Ukrainians to begin their training. 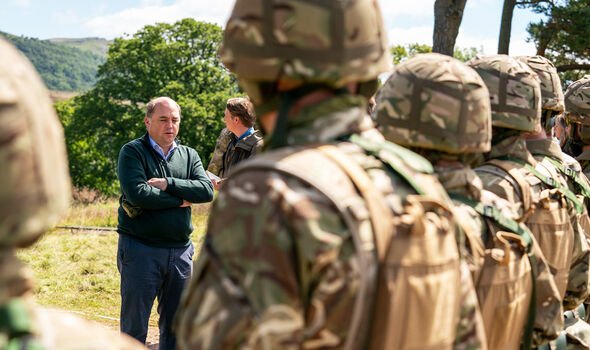 Hello, I’m Teresa and I’ll be bringing you all the latest developments on the conflict in Ukraine. Please feel free to get in touch with me as I work if you have a story or tips to share! Your thoughts are always welcome.