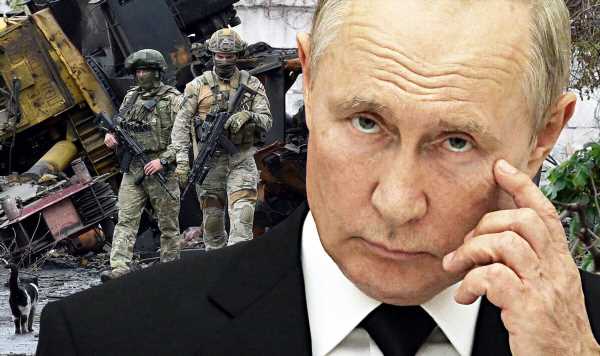 In order to return to Russia, the invading soldiers are mutilating themselves and pretending to be sick, according to Ukraine’s General Staff. In an intelligence briefing on Thursday, Ukraine’s General Staff said: “Two sea-based cruise missile carriers are in readiness for the use of high-precision weapons in the waters of the Black and Azov Seas. Russian occupiers are suffering casualties, demoralised and looking for any chance to get a light wound. In order to get back to the territory of the Russian Federation, they resort to self-mutilation and various simulations of poor health. Our fighter aircraft continue to patrol the airspace of Ukraine, and our strike aircraft provide fire support to units in designated operational areas without fail.” The report comes as Russian troops attempted to go on the offensive in the Kharkiv and Donetsk oblasts, but were repulsed by Ukrainian troops. 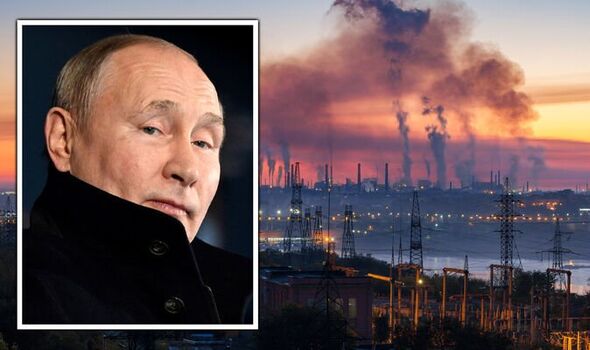 Russian Foreign Minister Sergei Lavrov joined US Secretary of State Antony Blinken and China’s foreign minister at the East Asia Summit on Friday as tensions rocket between the nations.

The East Asia Summit of the ongoing Association of Southeast Asian Nations meetings in Cambodia’s capital was the first time the three men were scheduled to take part in the same forum.

Cambodian Foreign Minister Prak Sokhonn, opened the talks saying he hoped that all delegates would use the forum as a “means of engagement and communication” with one another.

He said: “Every year we have our set of challenges to address but I have to say that never before, not like this year, have we been confronted with so many perils at the same time.” 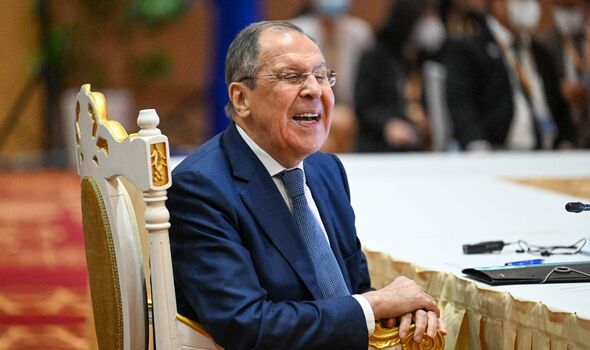 Russia’s intentions around the Zaporizhzhia Nuclear Power Plant remain “unclear,” according to the latest intelligence briefing from the British the Ministry of Defence.

“However, the actions they have undertaken at the facility have likely undermined the security and safety of the plant’s normal operations.

“Russian forces are probably operating in the regions adjacent to the power station and have used artillery units based in these areas to target Ukrainian territory on the western bank of the Dnipro river.

“Russian forces have probably used the wider facility area, in particular the adjacent city of Enerhodar, to rest their forces, utilising the protected status of the nuclear power plant to reduce the risk to their equipment and personnel from overnight Ukrainian attacks.”

Good morning from London. I’m Tara Fair, I’ll be bringing you all the latest developments on the conflict in Ukraine. Please feel free to get in touch with me as I work if you have a story or tips to share! Your thoughts are always welcome.